COWD: Water, Its Only Service

I am not sure if the local water district is still a fully governmental entity, though it used to be part of a public national monopoly providing the necessary resource to all water-dependent city residents.

That is not my consuming interest this early back to living in the old hometown. Though I have read projected moves to cooperativize the entire system. Which easily tells one that trouble is abrewing some place in the organization.

The main interest at this time is the basic services that it is tasked to render to its multitudes of clients in a city that has expanded exponentially over a short period.

So what essentially is the problem?

Notice the following pictures hurriedly and surreptiously taken during one regular visit – to pay our monthly bills for two locations. 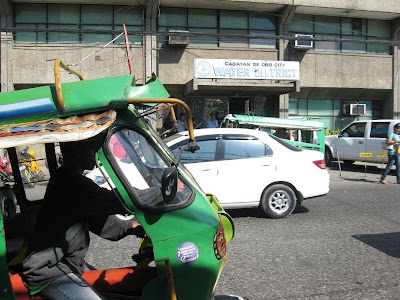 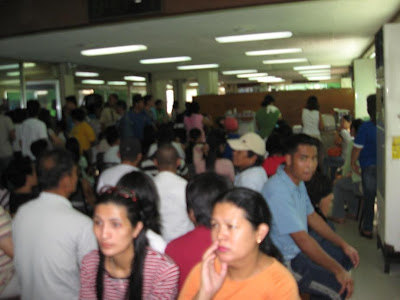 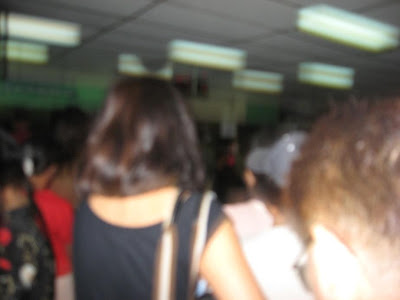 From the outside, the offices look like any other. But once inside, one is rudely accosted with the enormity of the gathered crowd just anxiously sitting around waiting for their numbers to be called out. For each round, numbers go up to 1,000. Then back to 1, for how many times daily I can only surmise.

To do what? Mostly to pay their monthly bills. I am told this undesirable scene is a daily occurrence.

The interior pictures are hazy because I had no intention to be noticed snapping pictures by a growingly irritated mass of sweaty people.

Imagine if you will an entire city of maybe close to a million residents translating to at least a hundred thousand connected households, having to grudgingly trek to this one office on a regular monthly basis. Factor in the countless man-hours and allied costs like transportation and one can easily imagine the staggering losses involved – in the all too simple task of paying for one’s water consumption, which carries a minimum charge of 300+ pesos for a residential household and/or commercial establishment.

Is this punishment inflicted on the residents justified?

I am told further that the district used to have a system in place whereby clients could go to listed banks to pay their bills. Which is what other companies with a big and diverse clientele have been doing for ages.

But a pending case of corruption against the district has now made it mandatory, (or is it the only legal way?) to make payments at its offices.

At the surface, this clearly is grossly wrong and unjustified.

Please remember that for public utilities, customer service is paramount.