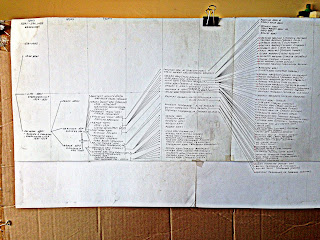 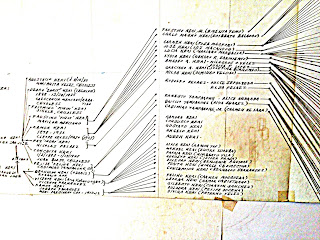 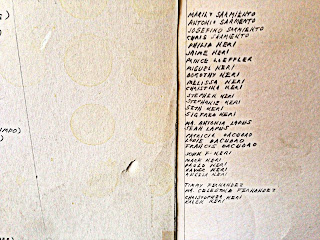 Having come in possession of sufficient data, it is opportune to define and trace the Neri-San Jose branch of the Neri Genealogy.


At the start of the 1800’s, we begin with Salvador Neri, who married a Coronado.  History notes that Salvador became gobernadorcillo from 1831 to 1832.


We also have information about his known siblings.  They were Lino Neri who followed Salvador as gobernadorcillo from 1832 to 1833, allowing us to presume that he was a younger brother.


Another sibling was Leon Neri and from him we have the start of what we may call the Neri-Velez branch of the genealogy.


We did not know much about his one sibling named Pedro.  But for his other sibling, Ramon, we know a lot.  And one significant detail was that 2 sons of Ramon, namely Vicente and Ramon, Jr. married two Fernandez sisters, namely Vicenta and Josefa.


Graciano and Dominga produced 8 children and they are as follows:


Anastacio Neri, who was married to Marianita Velez, and who died in August 14, 1923, childless.  At one point, he was a mayor of Cagayan de Oro.


Pedro “Edrit” Neri, who married Crescencia Mercado/Rabatido.  Born in 1898, he died on December 24, 1925, childless. He had spent his life in what was then called Tagnipa.  The place is now known as El Salvador.


Filomeno “Minoy” Neri, who was single and childless. 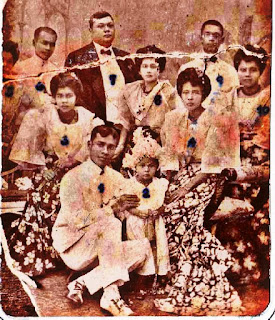 1.       Pedro Edrit Roa 2. Lucia Neri (Marbella) 3. Felisa Neri-Tamparong 4.Crescencia Mercado-Neri 5. Conchita Neri-Borja 6. Faustino Neri 7. Manuel Rabgo 8. Laura (Laureta) Rabago 9. Chito Rabago 10. Paz Neri-Pelaez Picture taken circa 1907-1908
In the photo the siblings are Pedro, Felisa, Conchita, Faustino, and Paz. Thus, the other siblings not in the picture are Anastacio, Filomeno, and our grandfather, Ramon, to complete the eight offspring of Graciano Coronado Neri and Dominga San Jose. In the above photo, the only person not included in that generation is Lucia Neri, an elder sister of my father. 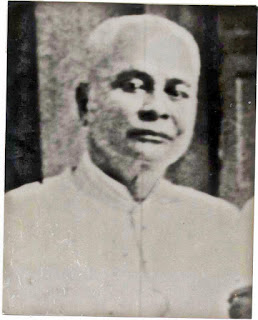 
To this day, I wonder why I and millions more around the globe continue to listen to the songs of Elvis, especially his earlier songs though including some of those recorded later in his life.  And mind you, not only listen, but countless others from all over, try to imitate his voice and singing style.


Why?  Especially because no other popular singer in memory has garnered so much attention and inspiration as this guy.


I may have a peek of the reason or reasons why.


It may center on the uniqueness of his voice and of course, the distinctive style of his singing, which, btw, courted sufficient negative criticism from a number of other accomplished and famous singers of his time.  Singers noted for their very refined and smooth renditions of their recorded songs.  Songs done with such finesse and clarity as to be completely flawless.


The more famous songs of Elvis could be said to be rendered coarsely, more raw and unrefined, some bordering on being primal shouts or shrieks, with him relying heavily on his voice rather than the accompaniment or arrangement.


But if anything, Elvis did his songs as some kind of soul baring, like his songs were an exercise of emptying himself of all that he got inside, in both his core and soul.


So when he sung it was not simply to show how high or how far the notes he could carry or bring, or how fast his cadence without slurring words and stumbling over notes.  He avidly tried to pour out all he got and left things the way they came out and sounded.  Thus, he was almost fanatical about how he sung his songs, and for this, none, even those closest in his retinue, was spared from his almost violent displeasure when anybody tried to critique his style.


It also gave clear insight to the almost meaningless explanation he postulated about his singing, when he said that singing was not about style and technique, but about putting yourself into your songs.


And I do believe people of all persuasion from all over the world can readily identify with this and maybe try to emulate it in their own lives or entertainment careers.


It certainly holds true for me.   Enjoy, this simple imitation of one of his more known songs.