When certain itchy urges assail, one is left with either to simply ignore and suffer through them or give in and give them expression. Like urges to write something or anything. When they do happen and one is too weak to resist, they can result in a spate of inanities or worse, confusing nonsense. Found the following below from the desktop of one of the laptops shunted aside for future upgrade.

I wonder which part of me produced them. 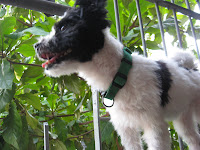 My Next Blog?
I agree somewhat with B....O's reaction re your rather harsh put-down of Americans. And I come from a somewhat skewed perspective compared with yours. While you had spent a good part of your life living and working in the US, mine is the opposite. I was born, raised, and worked in the islands, more particularly in and around Mindanao, but have now spent 3 decades in the US, more particularly in California. Though currently I now shuttle between the two destinations still laboring to eke out a living during these extremely trying times.

I had my own particular personal reasons for leaving the islands, not necessarily all partaking of any economic nature. For one, I was particularly excited at the opportunities of being able to broaden my perceptions of the world and what better place, in my mind, than the US. Being islands-bound can be constricting to the point of being claustrophobic. I wanted badly to spread my wings. Certain deep-seated frustrations in the Filipino community no doubt helped my decision-making. Chief of which may have been the creeping ennui from having to deal and interact with compatriots who were too earthbound and bereft of the drives for more human perfection in the areas of relationships, work ethics, and entrepreneurship. I was in commercial banking, and was one who agonized under the endemic burden of having to deal with banking methods and practices that were geared toward the lower common denominators and baser standards afflicting the industry. A banking system of economic opportunism and greed, and non-attention to the more noble purposes of the industry as a vehicle for economic development and financial education for all. A banking system held hostage by a dominant ethnic minority which kept a tight chokehold on most vital economic activities and which group was not too keen about promoting sound business ethics and social responsibilities. Making them qualify as seminal progenitors of the current abhorrent version of crony capitalism. 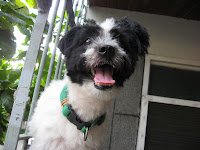 The Supremacy of Nothing?
One could be, or want, or desire, that or this. But regardless, our choices are still fraught with flaws and shortcomings for such are the lot of worldly living. One or the other does not translate to choosing one that is perfect over one that is decidedly imperfect. All our choices are about picking one that is better than the other or others. Whichever we choose or turn to, it is still about things that will one day or eventually disappoint, fall short, or become undesirable. It is never about making choices that will hold or sustain for life. Our fleeting worldly existence can only lead to transistory actions and results.

Isn't there then supremacy in choosing or being nothing? Isn't there then glory and wisdom in being nothing? Why bother to try to be something when our lowly existence here is designed for us to lead to nothing. Truly, there is cruel wisdom in the saying, you cannot bring anything with you when you die. Not your worldly treasures, or even your loved ones. Not even the good that you have done. Being all material, they all are wrenched away from you and stay earthbound after you leave this material world.
Posted by Amadeo at 6/30/2010 09:51:00 PM 5 comments:

Email ThisBlogThis!Share to TwitterShare to FacebookShare to Pinterest
Labels: Musings 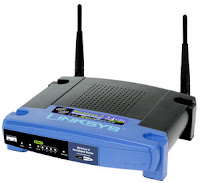 After being in some kind of netherworld darkness, we finally got our on-line access back. It took the local phone company almost a month to bring us back to virtual reality. Now we have DSL Broadband connection at home, much improved with a wireless router attached to it. The company promises 1.3 Mbps speed for their connection, with landline upgraded to fiber all the way to the house.