Genealogy: The Osmeña Family of Cebu 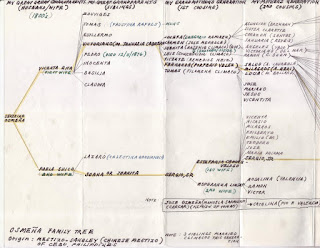 Pictured above is a clearer graph of the Osmena family tree, only as far as I am able to provide with names from reliable sources.  One can look at the names and maybe relate them to known ancestors.  Updated this 4th day of March 2013. 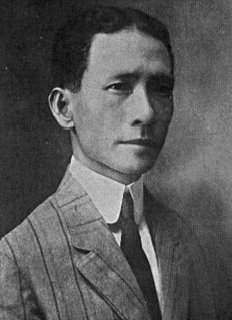 The Old Parian, a still extant district though now largely in the minds of the old folks of Cebu was home to many of Cebu’s old families. Present descendants of these families have now scattered to different cities and provinces of the archipelago, and even locally, have dispersed across the now burgeoning metropolitan areas of Cebu province.

But many can trace their lineage to that history-rich, very well defined as to be exclusive, and very patriarchical district that once dominated the economic activities of the old city. Its ethnic composition then was as varied and diverse as societies go when many ethnic groups start living together. Mestizos of different mixtures – from Spanish and Chinese, To Spanish and Filipino, to even peninsular Spanish with insular Spanish, and what have you.

Out of that sizzling melting pot came the family of my mother, the Osmeña family, carrying the unique ethnic label of Mestizo-Sangley. That would be Chinese and Spanish or other Asian mixture.

For this one particular Old Parian family, its present recorded history begins in the 1800s, with one Severino Osmeña, who had married twice in his lifetime. The first wife was Vicenta Rita, who must have died before Severino took on second wife, Paula Suico.

My maternal grandmother, Fernanda Osmeña, came from Severino’s first marriage, one generation later. And she had six other siblings in her family.

On the other hand, the most famous of the Osmeñas, Sergio Osmeña, Sr., second President of the Philippine Commonwealth, owed his origins to Severino’s second union, again one generation later. Similarly, Sergio, Sr., also had two wives during his lifetime.

Sergio, Sr. now graces the fifty-peso bill of the present Republic of the Philippines, with a countenance that clearly shows his Chinese origins.

Sergio, Jr., a son of Sergio, Sr., was no less noted, becoming a Vice President of the Republic of the Philippines and figuring prominently during the chaotic regime of the virtual dictator Marcos.

At present, Sergio III, a son of Sergio, Jr., proudly continues the much heralded political tradition of the family, sitting as a revered Senator in the Philippine Senate. Another son, Tomas, is the mayor of the city.

Book cover of Life in Old Parian, written by Concepcion G. Briones, whose own family once lived in Parian. 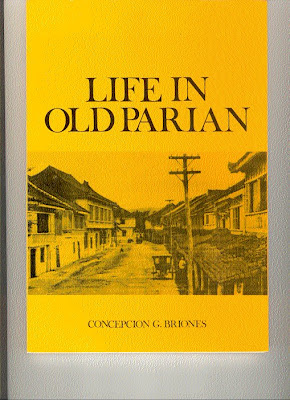 Below is a crude graph showing the Osmena genealogy starting with Severino Osmena, who was married twice - first to Vicenta Rita then to Paula Sunico. 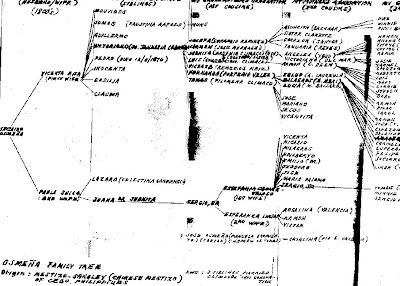 From the inside leaf covers of the Old Parian book are two maps, one a street map and another in 3D relief. 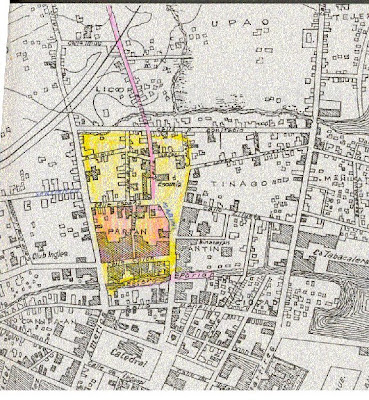 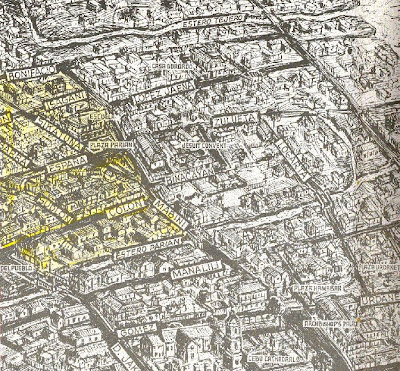 Here's a rare picture of my grandmother, Fernanda Osmena Velez, with one of her three daughters, my mother. Email ThisBlogThis!Share to TwitterShare to FacebookShare to Pinterest
Labels: Genealogy