VDH has written a rather profoundly introspective piece on ourselves as revealingly gleaned from the rather abrupt and unexpected Sarah Palin candidacy, which essentially demonstrated how skewed our values and worldly perception have become.

It is not a pretty assessment, verbally castigating us for our rank deviation from righteousness and for how deeply we have strayed from what would be considered iron-clad standards maybe a generation prior, when we still had our heads screwed on right. 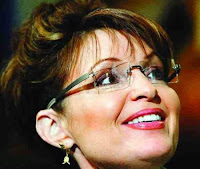 It appears from his assessment that we, or maybe more appropriately many of those belonging to the enlightened class of political pundits and media in general, have collectively taken leave of our good senses, thrown away and shunted aside the wealth of accumulated wisdom of our ages, and cast our lot with the ragged divestiture of traditional values and disgusting amorality that now appear to have taken hold of our social ruling class.

Warped values and callous cynicism to traditional values endeared and zealously guarded by generations past.

All in the hallowed name of political expediency, or maybe crass ideology. And maybe for the self-anointed intellectual media class as sneering putdown or arrogance against somebody so differently cast from the template that they have molded for themselves – an unwelcome outlier with very plebian origins and clothed with the humble accoutrements of upbringing outside the gilded environments of privileged families, renowned affinities and connections, and educational haughtiness in revered ivy-league schools.

Such snickering and dismissive gesture reserved for somebody so far below their perceived hallowed cognitive abilities, and privileged backgrounds.

Sarah Palin has been dressed up and played for a fool, like a court jester to be ridiculed and shooed back to oblivion. Or so they believe.

But the true winner and the one who has opted to take the higher moral ground, in all this is without a doubt Sarah Palin herself. Because she has unmindfully dismissed them all with the same nonchalant vigor and passion that they have denigrated her. Unobtrusively attending to her business and pursuing and espousing her believed causes before the huddled masses of the electorate, without mind and rancor to the many that have chosen to ridicule her.

Shame on them! And the day of reckoning hopefully will find them stripped of their base thoughts and shorn of their flagrant arrogance. And then hopefully, they can begin to feel self-dread and real shame.
Posted by Amadeo at 10/30/2008 05:57:00 AM No comments: