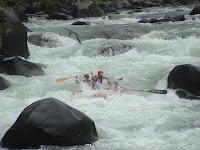 Sunday morning and the never-empty premier park of the city, Divisoria, stirs up a buzz, but quite different from that of the two previous nights when this park gets transformed as the locale for the weekend night café.

This time it is for the now popular sports activity in the city noted for its river. It is white water rafting, widely patronized by the young uns both from local areas and by hordes of intrepid tourists from across the country.

As the pictures show white water rafting starts in the park. But initially with rafts above the heads of the would-be thrill seekers.

Lashed on top of massively-built vehicles known as the Philippine jeepneys. An unseemly amalgamation of designs and structures reminiscent of WW2 war vehicles, fitted with surplus Japanese engines and parts, joined with generic parts from local parts stores, splashed with tons of paint, and throw in a hippo for good measure. And what you see is this ugly monstrosity that passes as public utility vehicle in many parts of this country.

Less than an hour’s ride going west will bring these eager beavers to the different launching sites, for several hours of fun, frolic, and fear. 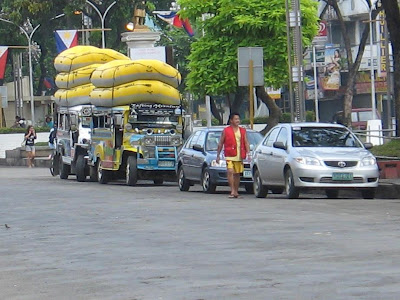 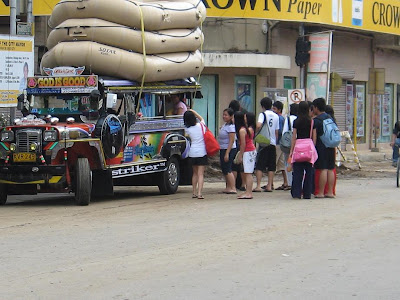 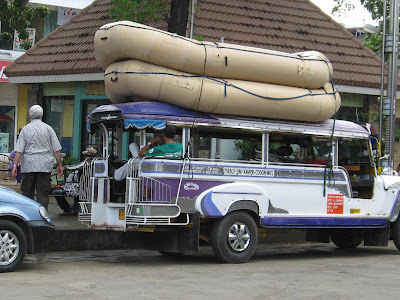 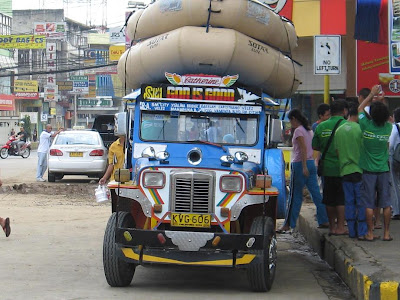 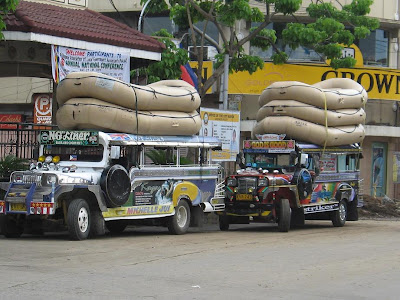