When A Bridge Is More Than A Bridge 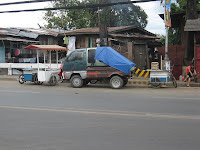 And Carmen District is no more the sleepy, one-horse district it once was when we left the place. It is now hodge-podge and chaotic clusters of humanity and human habitation and a puzzling coterie of many small-time businesses ranging from junk dealers, to lumberyards, to art and sign shops, etc., overflowing and filling into sidewalks and even street lanes. It has now become an overly congested and unabated growth, unchecked and unplanned, and heavily impacting on the overall health of the entire city. 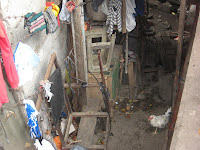 Available living and working spaces have been taxed way beyond anything resembling decent human habitation.

No wonder then that a small public concrete bridge designed to allow rain or flood waters to flow through a by-gone creek to empty into the river nearby has been re-designed by its uninvited inhabitants. Essentially as living and working quarters for a small community of residents doing business in bustling Carmen public market also located nearby. 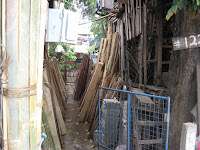 For the many residents, this is where their mainly itinerant business endeavors see their starts or preparation. Many own carts, many built around bicycles, allowing them to have mobility in selling their wares, mostly foodstuff like the popularly convenient fishballs and what have you. These are then pedaled to the public market to be sold.

And for the rest of their families, this where they also raise their little children, or where they allow their energy-laden toddlers to frolic around. With the busy bridge above providing shelter from both sun and rain.

A couple of residents spoken to nonchalantly disclosed that the city has started initial moves to evict them to make way for another proposed bridge spanning the two districts. They said all of them have been “listed down” for their inevitable date with the city’s bulldozers.

This they revealed amidst the furor ushered in by blaring sirens coming from RTA vehicles rounding up for confiscation carts, store inventory, or whatever can be found occupying or littering pedestrian sidewalks/lanes and/or street lanes.

I never knew him personally, nor had I met him in person at all. He inhabited a world very different from mine, as different as two possible worlds could be.

But I confess there was an affinity or profound connection with him, close enough for my soul to feel deep grief in learning of his passing, and to automatically coat my eyes with a thin film of earnest tears watching honest tributes of him coming from other famous personalities in media and politics.

For indeed I knew him only from radio and TV. Nostalgic mental images of him start a slow pious procession in my affected mind, after being jolted by a curt headline on the Internet announcing his loss to the cancer that he was suffering from.

A very gentle voice unchanged and unfazed regardless of any hot topic he was dealing with whether on radio and TV. A telegenic presence that commanded respect, adulation, and credibility to any thorny issue that he was trying to unravel or communicate to his audience. Well-chiseled and squared facial features, held upright and admirably together by lanky but broad shoulders and a physically-commanding body.

There was not much anything one heard or saw of him that one could not like.

Good-bye and God-speed, Tony. God in his mercy and justice has now taken the task of showering His Divine Providence in loving care of the surviving rest of your beloved family. 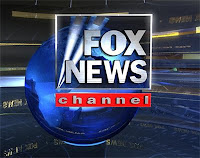 Click. Fox News channel quickly materializes into view, with tele-genic hosts delivering in soft and modulated cadence. Up to the minute streaming news and human interest stories parade through one’s ken, presented in typically very soothing fashion allowing one the feeling to sit back comfortably, create a calming atmosphere around the electronic presence, and generally feel good about the world. (Okay, maybe not the last phrase.) 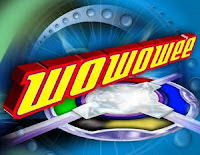 Another Click. And comes the screechy high-pitched voices of newscasters and program hosts, giving an almost caricatured and very loud rendition of news reporting or program hosting. Jolting one to sit nervously on edge, and maybe run reflexively for the remote to reduce volume.

A world of difference?

Wrenched from my adopted country of almost 30 years and living again in the old homeland for the last three months, I do need to be kept abreast of the news (and maybe, scandals) on both coasts, for very understandable personal reasons.

Cable TV affords one that convenience of surfing not only through local channels, but through many of the international channels as well. From CNN, to BBC, and to the local upstart, Fox News.

One cannot help but compare how news and messages are delivered from two sources separated by a wide ocean and thousands of miles apart. Differences abound not only in the language that they are delivered, but also in how news/messages are articulated over the air ostensibly for the listening delight of the listeners. Although, local news and programs are also done in English and at times in a combination of both, called locally under the euphemism of Taglish (Tagalog interspersed with English, or vice-versa).

Locally, to bring across passion, commitment, seriousness and deliberateness it almost seems like the “town crier” has to shout every word, with almost unnatural modulation, and definitely, loud voice. Live programs with audience participation are almost always a shrieking cacophony of shouting matches from hosts to audience, from light banter exchanges to ad-libbed live ads.

Why so loud with each talker holding on to the best sounding microphones very close to the mouth, one is left to ponder. And tossing one at sea in bewilderment.

Is it too much to expect from producers of shows or the hosts themselves to understand that delivery is very critical in bringing across from studio to listeners whatever messages they are trying to convey? 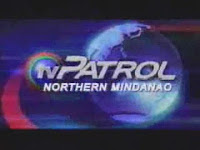 That shouting them, especially in unison and cadence with others only serves to audibly blur the messages, or worst muffle them badly as to be lost to or even misunderstood by the listeners?

Haven’t the ever vigilant and money-wise advertisers not wakened up to this, and politely requested for subtle changes in how their messages are articulated and delivered electronically?

But hey, maybe I am wrong. Very dead wrong. Maybe there is deliberate method to this seeming madness. Maybe surveys have determined this is the best way to deliver not only messages to the Filipino listener, but also to show commitment, passion, and deliberateness.

Whatever it is, please do not shout at me!