On Leaving The Old Homeland 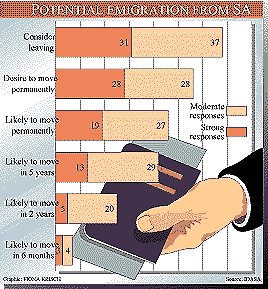 Emigration is now so commonplace that people tend to take a lot of things for granted. Reading this tells us how the world has been revamped and reshaped as a result of continuous population movements from the time man got serious recording his history.

Yes, there are tedious well-articulated requirements imposed not only by the homeland of the émigré but also by the prospective host country – such as passports, visas, authenticated certificates of one’s circumstances of birth, marriage, etc; and even financial requirements. Quite daunting and at times costly hurdles.

But beyond these, I suspect many immigrants are not predisposed to confront and resolve issues relating to the intangible things required of them beyond the legal requirements for entry and permanent residency.

And the Philippines as a country for one is in such a vulnerable situation, gleaning from the number of its citizens leaving the country, literally in droves, either as temporary workers or as immigrants. I had intimated in a previous blog that FilAms in my very limited circles of relatives and acquaintances willingly give up only that part of their Filipino-ness that allows them to get by in their new environment, but tenaciously clinging to those that do not grate on or openly conflict with the social or political milieus of the adopted country. And this accommodation has not much regard to years of residency or citizenship. In other words, the length of stay does not necessarily dilute this concessionary view.

An immigrant is someone who intends to reside permanently, and not a casual visitor or traveler. Immigration means "in-migration" into a country, and is the reverse of emigration, or "out-migration.

And we could pick from the following acculturation strategies (created by John Berry) that are opened to immigrants as possible choices:

1. assimilation – replacing one’s previous identity with that of the new host society.

2. integration – refers to the capacity to access aspects of the dominant culture, while simultaneously retaining an ethnic identity.

3. separation(segregation) – the group also retains its own culture, but does not want to have contacts with the dominant one. And segregation refers to society’s policy of exclusion.

While many may have criticized the model above as relying on simplified assumptions, critics concede it does amply define the capacity of immigrants to make choices.

Given the above, where do we stand as immigrants in other countries?

But first, of late attention has been focused on Mr. Jim Paredes, a third of the popular Filipino singing group, Apo Hiking Society, who with his entire family migrated recently to Australia. Attention deserved not necessarily because Mr. Paredes typifies the Filipino immigrant, but more because Mr. Paredes is a high-profile celebrity in a country that celebrates and enshrines celebrity-ness in its workaday life. And a little consequent furor erupted when a local article from a personal interview came up with a headline adjudged not factual, stating that Mr. Paredes had given up on the old homeland.

Then the other day, I got hold of the October ’06 issue of Filipinas magazine where in a feature Mr. Paredes journalizes his and his family’s experiences in Down Under. He delves essentially on the more mundane aspects of living in a new community in a new country, “concessions” he and his family have had to accede to, like doing housework, marketing for foodstuff, eating new food, etc.

Because he chose to delve more on the inner or interior changes of the family’s personal behavior, rather than aspects of its social behavior, his following statement on emigrating proved both interesting and revealing:

You got to leave things behind, and the most important thing to leave behind is the mindset you had back home.

Taking and understanding mindset in its strongest sense could mean a lot of giving up.

Here’s a definition from Wikipedia:

A mindset, in decision theory and general systems theory, refers to a set of assumptions, methods or notations held by one or more people or groups of people which is so established that it creates a powerful incentive within these people or groups to continue to adopt or accept prior behaviours, choices, or tools. ...

How much of Filipino-ness does one leave behind to be able to adapt well to the new environment?

While it may not translate to giving up on a country, it could entail a lot of giving up on one’s ethnic and cultural uniqueness. And as the integral demand of assimilation process of acculturation above, not only giving up but replacing one’s previous identity with that of the new host society.

And once one elects citizenship of the host country, the issue of allegiance starts to kick in it being a requisite in the oath of citizenship which succinctly defines the duty a citizen owes to the country. Acting as yet another thorny issue to be delved into and resolved by the immigrant.

And in our continuing search for the identity we are assuming or want to assume in our adopted country, one notices some reservation or reticence a Filipino may harbor in this journey toward self-actualization.

Thus, one can notice that many FilAms view with askance at the idea that he is expected to assimilate, resulting possibly from a dread that may have been engendered by the oft-quoted charge other compatriots have leveled about other Filipinos becoming more American than the native Americans.

Given the seeming complexities detailed above, an immigrant may opt for integration as the more acceptable path. Or maybe try to get lost or seek comfort in the hazy and often controversial world of multiculturalism, which in the US critics have blamed for cementing disunity in the community and slowing down education growth among minorities, among other things.

The question is somehow how the rest of the population views this choice. Thus, while integration allows equal access to everybody without regard to race or color, the continued retention of one's ethnic identity could appear as coming out from the separate but equal playbook, and encouraging division along ethnic lines. And perpetuating the uncomfortable practice of having hyphenated Americans.
Posted by Amadeo at 10/09/2006 03:49:00 PM 8 comments: