The Dream Behind Our Reality 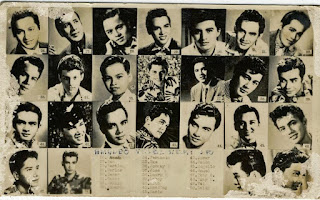 All of us humans dream and we focus our efforts in attempts to make our dream a reality. Once accomplished, our dream becomes our reality.  Said differently, our dream is the reality where we have hitched our heart and mind to.


Here in the US, most Americans opine and pontificate about the American dream – a life of bountiful opportunities available and taken, of material successes acquired as a result, of satisfaction and contentment, and maybe even peace, enjoyed as its fruits.


Many of us immigrants also migrate to the with the profound intention of getting our share of the American dream, which typically may not have been possible in the old homelands we came from.  Once acquired, the ensuing reality is doubly enjoyable and valuable.  More penetratingly felt and treasured when compared with the others.


But dreams conceived and sought after are not static; they change as time passes, as personal conditions change or as perceptions change.  As new experiences are gathered and assessed, dreams take on new colors or  perceptions could morph.  At times it could engender frustration and depression.  Thus many could wonder what went wrong, where they erred or whether the dream acquired is as it was conceived and pursued.


Especially true with first generation immigrants who came to the as adults, laden with the entire emotional luggage acquired from their left-behind lives.  So that as they grow older and able to nurse more free time to think about the rest of their lives, they begin to think differently and start assessing how and where their waning lives could be better spent.  They do have the option not enjoyed by most natives of the .  They usually could go back to the old homeland and try to resume their old lives, bringing with them scarce resources acquired in the adopted country, resources which could garner more mileage and value in the old country.


And many do commit themselves to doing such a thing, to pursue the alternative hoping to better their retirement lives.


So that in  our own family circles, we count members who have started their exodus, winding down whatever business and concern that need to be addressed and plan for that big leap back to more familiar surroundings.


For this group then, the current reality becomes the nightmare that will have to be remedied and replaced with a somewhat recycled dream that involves retracing old steps and old haunts that had initially produced the dream that resulted in migration.


But for their children, unhindered by emotional luggage coming into the adopted country, the reality continues to be the dream they had envisioned and pursued.  They are at home with their current surroundings, almost oblivious to the option that their older parents may have always had in the back of their minds in all the years that they spent in the adopted country. The new generations then are almost unable to perceive living elsewhere as an available option.


In summary, the American dream may be viewed differently even within the same family.  For the children of the original immigrants it will continue to be the dream of their reality.  But for their surviving parents the reality they left behind to pursue their dream may now be the dream they would like to pursue.


Eagerly hoping that that dream becomes their reality soonest.

We each pursue the dream that will be the reality following it. 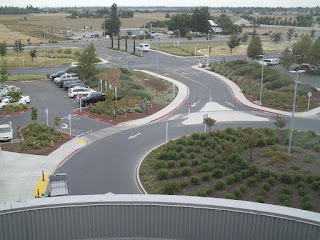 Today I embark on that now regular trip back to the adopted country which has also become the country of allegiance.  Actually, one of two that somehow got fused in what may be viewed as paradoxical, though easily explainable.  Where one has pledged obeisance to two disparate countries at the same time.  But that is the reality albeit in some stealthy and underhanded way, and one that works so long as they say that never the twain shall meet.  In fine, this is typical example how dual citizenship is made possible.

The strenuous trip of over 16 hours has to be made for some imperative reasons.   I and the wife take our turns attending to this chore.

Back to the trip.  So I am finding myself in between flights, one domestic and the other all the way across the wide expanse of the Pacific to beautiful and cool San Francisco by the bay; thus giving me time to spare and to lend my thoughts out of the ether to something a bit more permanent and lasting.

But for one quite at home with solitude and prone to conversing with oneself, I must confess the ordeal is actually a relief proffered  by unavoidable circumstances.  As a matter of fact, it affords the manifold opportunities to introspect, retrospect, and reflect on more profound things of life, like maybe the inevitability of one’s mortality.  One finds this exercise quite useful and necessary especially as one steadily and surely approaches the twilight of one’s years.

So here I am lodged on a swivel chair beside a table equipped with a bunch of electrical convenient outlets, at the premier international airport of the old country waiting for a flight that leaves in a couple of hours. Plugging away at my trusty companion, my laptop.

I am sifting through the many varied concerns both trip related and those that typically beset the thinking serious man as he travels through life.  It makes for a confusing maze of unrelated odds and ends that crave for attention and priority.

Being an inveterate note-taker, I need not worry about missing some of them due to failing memory, most of the thoughts having been written down, sorted out, categorized, and highlighted.  It is then a matter of going through each one, in the order of importance and gravity.

But that will not be the topic of this scribbling.  Rather this will be about the knotty problems of politics, both in the old homeland and in the adopted country. In a twist of fated destiny, politics is on heightened mode in both places.   In the old homeland the year 2013 is designated as the election cycle for both local and national government positions, except for the presidency.  And as always, politics is not only contentious and very melodramatic and also very shallow and pretentious, but more morosely it is also very dirty in many respects.  Thus the ominous cloud of physical violence is ever present and hovering, a skin-crawling eventuality that threatens everyone’s safety.

And the is of course in its own painful throes of electing a new president.  And this corner definitely wishes that indeed a new president is elected, given the unarguably very disastrous performance of the current one.

All this knotty thinking has given me a double-treat headache, given how much of a worry wart I am about the overall state of both countries.  After all one wishes well for the places where one lives. On all levels that I have been exposed to, whether as personal experiences or learned from reading or listening to media and the Internet, I can extract so many glaring failures of governance.  Sufficient for one to experience sleepless nights, and bouts of extreme frustration and loss of faith in people, and the system.

It appears as ever that man is destined to suffer in this world, regardless of  how everybody else think differently.  That no amount of good intentions and noble actions can stem the surging tide that is pushing man to the path of perdition and misery.  As we read in the classical good books, man is bound to suffer and that is his lot.  That there is no escaping that.  So might as well prepare for that, designing plans and attitudes with that in mind.

Thus many of us have resigned to the reality hhat life is not intended to be enjoyed, but suffered through.  We have been destined not to gather peace and happiness but to go through tribulations and crosses.

Perish the thoughts then that because life is short, we ought to pursue whatever little fleeting enjoyment we can derive from it.  Like, plan for those dearly-craved-for vacations and fancy trips to witness grand sights and interesting people never before experienced.  Gather as much pleasant memories while the candle of life still burns.  For when life is no more,  everything is gone.

But if once life is gone and everything else is gone, why bother?  Isn’t there wisdom then in the Biblical saying that we should not gather material treasures that fade with time, but instead gather those that will last for eternity?

For indeed what has happened to the enjoyments and the pleasant experiences of the last happy trip? The momentous once-in-a-lifetime vacation taken with special friends and family?  The historic meeting with cherished acquaintances separated by so many decades?  Even the thrills and smiles of yesterday?  They probably have lost their novelty and before long  will be consigned to the unattended corners of our mind and life.

At most, we ought to seek only for contentment or some degree of satisfaction that we have tried hard to live a good life. A simple and uncluttered life.  A life of constant challenges and countless occasions of begin-again moments.

The real measure being in the dogged determination and passion of the attempts, rather than the grandiosity of the results.