Curiously driving through the now congested old poblacion of a city that is bursting at the seams with people and structures, this wide-eyed visitor is gladdened to espy certain ancient residential structures that continue to clearly reveal the groaning city’s idyllic and left-behind past. Mostly erected of timber structures, of at least two storeys high under GI roofing, these once were prideful domiciles of old Cagayanons. Many of them have been grudgingly and consequently badly restyled to fit their current economic uses – from homey and quiet residences to a clutter mostly of commercial cubicles for small businesses in varying states of unintended ugliness.

Still, a good number of these remnants of a by-gone era continue to exhibit old quaint touches of their erstwhile uses in an almost rebellious bullheaded display of their once gloried past.

The ensuing picture gallery is a random sampling of some of these once proud structures that either refuse to go the way to oblivion, or because of lack of resources of the owners, unrepentantly continue on their inexorable path toward benign neglect and disrepair, uncared for and left mostly to the elements. 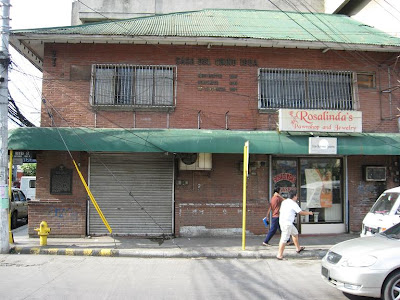 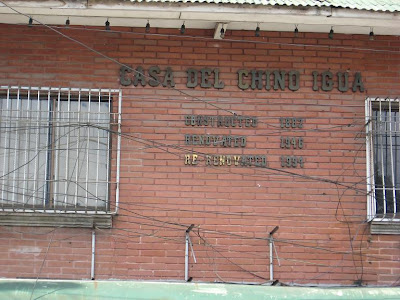 This first one sits at a busy corner a block away from the poblacion’s center of activity and attention, Divisoria Plaza, and looking like some brick house from some foreign temperate country. In actuality, its core structure was formed by coralline blocks shipped from some place in mainland China and hauled and stowed inside the dank hulls of trading ships, to find use in these once remote islands. Built in 1882 by some enterprising Chinese trader who decided to settle in the islands.

Now, layers of mostly concrete topped by the faux brick look hide the old look. And what’s more the old structure was incorporated into a newer concrete building built around it in a very tight embrace to form one unified structure. 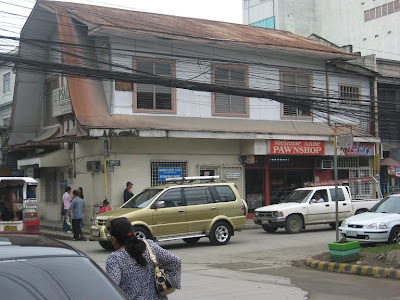 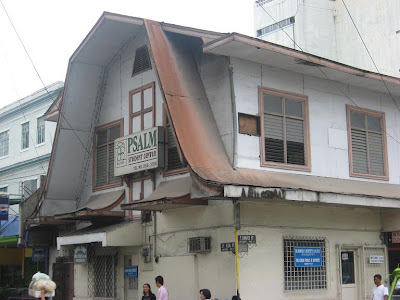 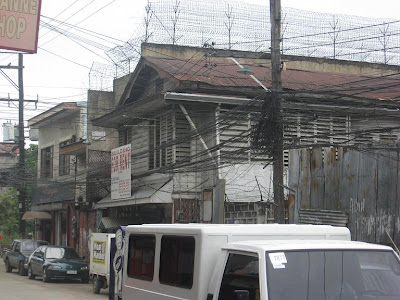 Next comes this European looking structure (with a very unique roof structure) which during our youth served as the envied residence of the late Nemesito Chaves, father to one of our classmates/gangmates in HS. It sits at a corner of old Filipinas and Rizal Street, both streets now changed in name. Today while the exterior retains pretty much its old look, everything else has changed. A pawnshop occupies part of the ground floor, while an office takes the side fronting Rizal Street. And sadly the second floor which had the bedrooms then looks unoccupied. A short distance from it was another wooden structure owned by Mr. Chaves’s close relative. This once housed a respectable doctor’s office on the ground floor and rental residence above. 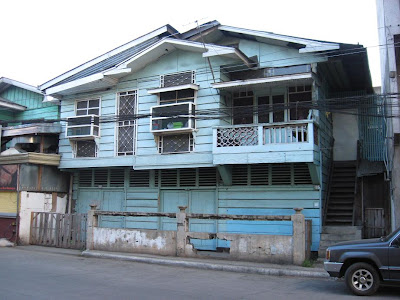 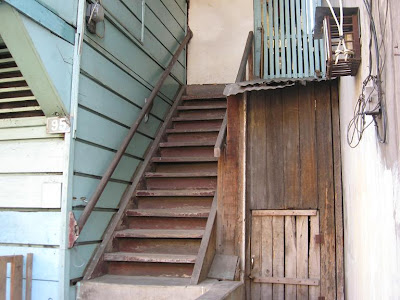 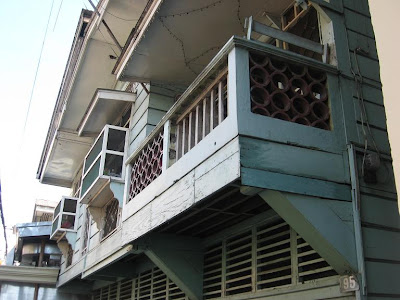 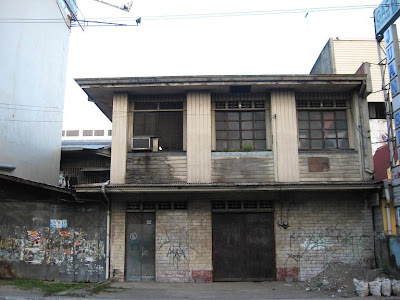 Along Victoria Street one lot away from its intersection with Del Mar Street is an old decrepit timber building built in the late 40’s and owned then by a close relative. Now it is occupied as boarding house upstairs and warehouse downstairs of the new owners who maintain a construction/hardware store along Divisoria, a block away.

And along Del Mar Street, again one lot away from its intersection with Victoria is another remnant of the early 50’s, built by an out-of-town aunt who used the place as a rental. It was bought by the same owners of the hardware store and now uses it as rented residence upstairs and warehouse on the ground floor. 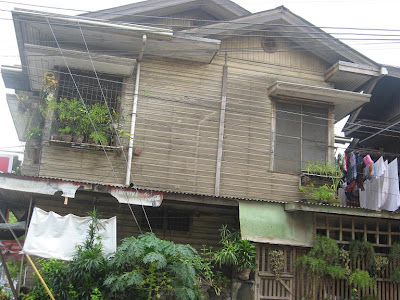 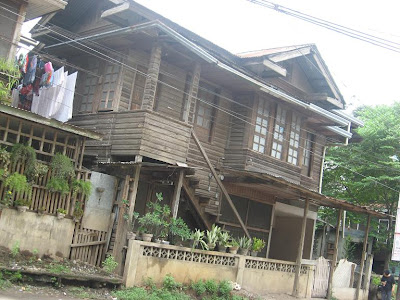 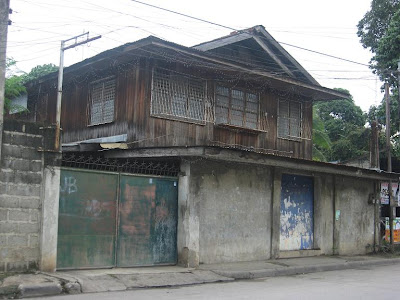 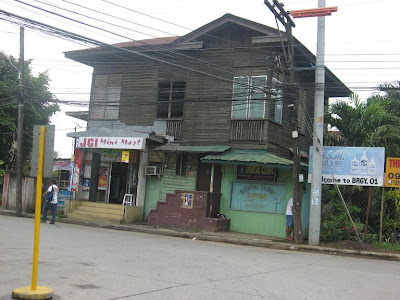 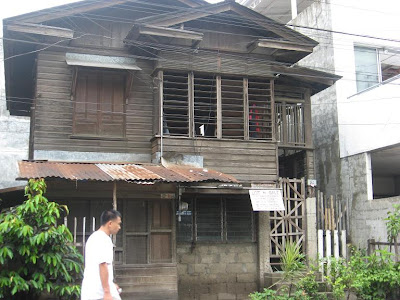 Then along old Dolores Street which starts at the city’s main church, the San Agustin Cathedral and used to end less than a kilometer away to the city’s cemeteries. Running west to east, it has also been renamed and the cemeteries of old have all been relocated by the lot owner, the city government which wanted the space. But many of the old houses along this street are still standing today mute sentinels to the many church processions and funeral entourage emanating from the cathedral. 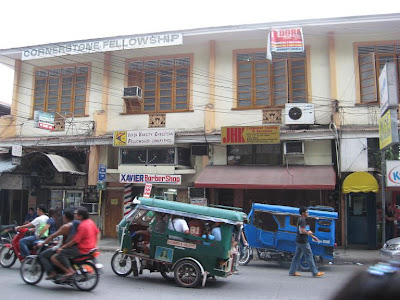 Lastly, this once was among the first commercial buildings fronting the venerable Ateneo, built of concrete and utilized by the owner as their residence above.
Posted by Amadeo at 8/16/2008 10:49:00 AM 2 comments: