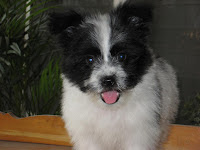 Dear blogger, ever wonder who visit your blog? And where they come from? Or even what they visit in your blog?


Sitemeter can be a credible source enough to learn about them. Especially if your blog is pretty much like mine, where unique visits are few and far between. Currently, I get a little less than 40 unique visitors each day.


One or two are quite regular visitors, like fellow blogger PhilippinesPhil, and thus would not be representative for why a typical or casual visitor decides to open up on my site. Phil visits almost all blog entries I write, whether serious, fanciful, or even those which may be woefully adjudged by some as bordering on inanity.

But many (and I say that relatively and advisedly given my blog’s miniscule reach) span the entire globe – from Finland, to different African countries, to Palestinian occupied territories, to most Asian countries including the old homeland Philippines, and even to unfamiliar places like Stoke-at-the-Trent, UK. I have been introduced to so many unheard of places that Google had only been too happy to oblige. And for me it is addedly exhilarating to note that certain things I write about, which admittedly have some profound importance to me, are also sufficiently interesting to other people in the globe. 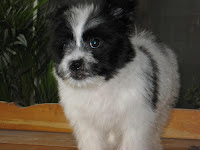 When I wrote a little piece on Cartesian logic, really just a passing reference and a little exposition of its meaning, little did I realize that to this day I continue to get visits from different parts of the world, but more likely from France and neighboring European countries. Of course, this type of logic is oft described as a national trait of the French.

The same thing happened when I started the series on food recipes of the different regions of the Philippines. In any given cluster of visits, I could depend on one or two visits looking for recipes of regions they originally came from, that is, from Filipinos who are now living abroad pining for the local cuisine of their youth.

One time I wanted to find out what could make my blog garner more visits. And early on had decided that writing about a breaking news scoop could be a good vehicle. Try I did about a grisly suicide of an accused husband to a murdered Philippine actress, and immediately tripled my readership. Unfortunately, the spike did not correspondingly elate and elevate my spirits. It was sort of an empty victory. Don’t they refer to this as Pyrrhic victory? I wanted more, more in terms of what I felt was important for me too.

So immediately reverted to my usual tack, writing mostly about things that meant something to me, and as much as possible giving them a positive spin. This way I felt good about myself, and thus motivated me to regularly go back and reread the stuff I had written, not so much as an ego-trip but to try and relive the warm feelings engendered by my writing the entries.

Writing about the genealogies of my father, my mother, and my wife’s mother have also stirred continuing interest. Right now, the genealogy of my father’s family continues to get hits from around the globe which I suspect come from possible relatives who want to learn more about their past and relations. But beyond this, and more like the wayward but equally delicious crust of a favorite pie, it also made me feel fuzzy to discover that strangers from some distant corners of the world, populated by people who do not even share commonly my background and predispositions could find some of my writings interesting enough to go and visit for a few minutes or so. Like entries about credit unions, some hobbies and pastimes, even deeply personal things such as sketches and drawings.

All these have helped make regular blogging to this day a sustaining effort for me.