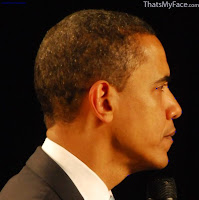 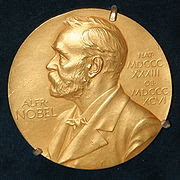 Wow! What a blessed life Obama and his young family must be living. And it started all too recently. Inauspiciously starting as a community organizer, then moving forward politically as a state official, then quickly as US senator. And barely warming that seat on his very first term, being thrust into the most powerful office in the world, the US presidency. And now we learn, after even barely warming that newest seat, being crowned with the Nobel Peace Prize.

Unabashed adulation by the rest of the world is almost a given with this much-coveted award already garnered by Obama.

But beyond the largely amorphous desirables of adulation, admiration, and deference, Obama’s life is also financially blessed. Regardless of whether he sits one term or 2 terms as US president, he is made for life, everything already neatly cut out for success. He now is entitled to all the future respect, security, and necessary accoutrements befitting and accorded ex-presidents for life. He will then have ready access to all the lucrative speaking engagements reserved for his acquired stature and equally lucrative however token membership in big corporations eager to acquire more prestige by using his well-known name.

Add to that the US$1.4 million he earns as Nobel Prize winner, and the Nobel medal that’s probably worth its weight in price-soaring gold.

From all observable measures, he has accomplished everything. Not to mention the added bonuses, the two bestsellers he penned before becoming president. No need after the presidency to scurry back to humble beginnings like any southsides of any city like Chicago, or seedy districts like the Tenderloin in San Francisco. Only the best for an ex-president.

So what’s left to accomplish? One could say, sit back and enjoy the manifold perks of the vaunted presidency – the comforts and amenities of the palatial White House, planes and helicopters at your disposal, security escorts wherever you wish to be, a big bully pulpit to address the public and the world should the occasion arise, surrounded by a veritable army of intelligent people ever ready to give erudite counsel on any possible concern, etc.