Is Shame Getting To Be A Sham?

O Shame, where goes thou now? 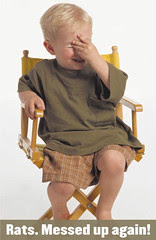 We typically define the sense of shame as pain felt emotionally because of one’s inadequacy or guilt.

But from the high Middle Ages, we are taught by one of the intellectual luminaries of those times, Thomas Aquinas, an added dimension to the above by defining a quality of man provided to guide him toward the virtue of temperance, which essentially is the control of his flawed human nature that tends toward unrestrained and wanton excesses when unregulated. He called it shamefacedness, as the twin partner to honesty.

And culling from one’s own personal experiences and readings, we might come to a conclusion that in contemporary times as a species we appear to be markedly remiss in its practice, or as many of us may exhibit. One may observe this unhealthy trend as exposed by an entire community collectively, or individually, even among the numbers of those possessing high degrees of intelligence and/or education.

Some pundits point sadly to the collective case of the Palestinians in their perpetual mortal struggles with the nation state of Israel. Needless of much elaboration, one may readily see the stark contrasts between the two peoples. The Israelis, occupying one of the tiniest piece of God-forsaken real estate in the entire greater Middle East and tightly hemmed in by all those hostile countries around it, continue to thrive in relative prosperity and continued economic successes, in very diametric opposite to those around them, but more particularly to the pervasive poverty and squalor in Palestinian settlements, which share precious space with them, and many of whose residents derive gainful employment from Israeli employees. Palestinian settlements that can survive only with continued and uninterrupted infusion of foreign aid and assistance; and lacking basic economic institutions that could give its people some yeoman chances of producing something of economic value for their survival.

But yet undeterred and unhampered by their dire conditions and spurred by some indescribable dark force, the Palestinians continue to do fierce combat with the harangued Israelis, asking for more land amidst protestations by many of them that Israel ought to be completely removed from that place. This, incontrovertible facts that point to the unreasonableness of their demands, notwithstanding. Like, that for example a good majority of the residents of neighboring Jordan are reportedly ethnic Palestinians and which country does have much larger geographic territories where these “displaced” Palestinians in present tight co-existence with Israel could reasonably be relocated, if only to diffuse the unbearable existing tensions and allow the area to attain some degree of resolution and peace. And albeit added concessions such as that Israel has ceded some territories and will continue to cede more, hoping against realities to bring about some tolerable resolution. But no, it has to be Israel that has to go and to make all the sacrifices, for Palestinians see themselves as the perpetual victims deserving of any and all demands that they may bring to the table.

To shed some possible light on all this, some have advanced that in psychology, one psychological mechanism that may address what may be adjudged as a pathological condition has been that of projection. That a people in grave penury and squalor because of felt numbing shame as a result of its glaring inadequacies and guilt, would find it more palatable to project this reality toward another object, and in the process converting it into some kind of morbid hatred and/or envy against that object. I suppose the stronger sense appetite of hate could trump and deaden the gnawing feelings of shame and guilt. Many may point to this as yet another classic manifestation of the victimhood syndrome. And this may be one big underlying root cause of all these ugly convulsions in that part of the Middle East and thus deserve more serious study.

And transmuted and applied to everyday interaction with individuals who form part of our circle of relatives, friends and acquaintances, and fellow workers, many may also find this “pathology”, though expressed in somewhat different modes, but still showing the same basic lack of shame or shamefacedness.

When close family members through their actions or inactions tacitly or blatantly infer that they are entitled to all the assistance from siblings, regardless of duration and frequency, simply because they cannot support themselves and/or their families; but with the obviously lame justification or rationalization that they are different and thus by inference cannot be expected to be like the others who can and are able to take care of themselves exposed to the same set of circumstances. This appears to be another classic case of playing the victimhood card and laying the blame on same perceived extraneous forces, instead of taking personal responsibilities and addressing the issues head on. Another clear instance when the sense of shame has been trumped by something else, or projected elsewhere as to numb the felt pain of shame, if indeed such a sense is felt..

And then we encounter close associates, friends, or kins committing their word and full faith in no mean terms to comply with certain agreed arrangements in exchange for some good offered to them. Yet when your back is turned, that stiff commitment readily melts away and becomes no more worthy than the air into which they were thrown into. Yet even with continuing strong lamentation about how shamed they are, they continue to neglect their words, not because of any inevitability occasioned by circumstance but by at times awkward limp excuses, because you know them better than they think you know them. Again, another case where the sense of shame is allowed to be deadened, so life can continue for them. With you stewing on the side, wondering how and why anybody would be so crass and blatant to allow that neglect to happen to a relationship that you had built and regarded as trustworthy and somewhat sacrosanct.

Let me end with this question: Is man perfectible in this world?