The Human Side of Jogging

Jogging (or running) rhymes quite well with blogging, except that the former has been with us since our species became bipedal. While initially it was a function resorted to get to places faster, most times it was also a smart defense mechanism to escape from any imminent danger given that compared to the rest of the animal kingdom, our brute strength and size put us at great inherent disadvantage.

But it was in the 60’s and 70’s when we found yet another use for it, and invested it with the unique term, jogging, to denote a specific activity for specific purposes. Apart from the usual purposes, we elevated it as a form of physical exercise with the primary intent of pursuing a quite necessary ingredient in good living - keeping our bodies fit and limber, and in the process, our minds, too. It has been said that man is the only animal that needs exercise to keep fit. The others like lions, cheetahs, monkeys, etc. are fit because of the natural activities in their lives. Leading to this popular put-down, that man is the only animal who drives 7 miles to a park so he can run for 2 miles around it.

Jogging definitely has caught on rapidly with the entire world. We see its devotees in parks, tracks, mountain trails, and yes, even on city streets reeking with exhaust fumes. There must be millions and millions of them around the globe.

But for maybe an equally great number, it is still an activity to be shunned. The very mention of it as a form of physical exercise is enough to turn people off. Unquestionably, many of us are averse to the idea of having to sweat to get fit. Many would much prefer to choose from any of an unknown number of pills or equally great numbers of diet plans to arrive at such degree of fitness.

But what is missing in the present discussion, and those conducted most everywhere else, is that this function of jogging (or running) is also fun, albeit it is not all unalloyed pleasure. The activity itself, after many sessions and after gaining some degree of having adapted to and liking it, is fun; and even more fun because of the ensuing physical and mental benefits that undoubtedly spring from it.

You could take my word for that, since I have been at it for almost 20 years. And for that, I swear on my bible for running: 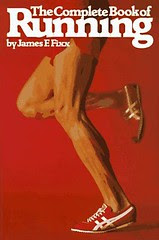 The Complete Book Of Running, the definitive work on jogging written by James F. Fixx who lived what he preached.

The lonely travails of a solo runner? Maybe. 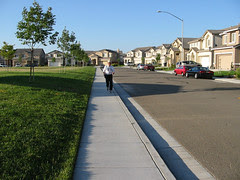 But there is fun, too. 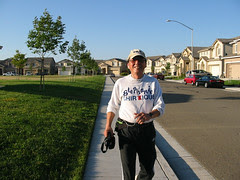 And the family who runs together, maybe also stays together? 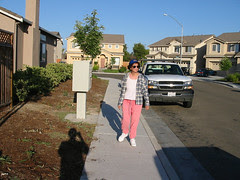