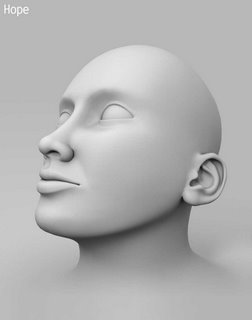 Hope
I note with morbid tepidity the glaring empty space in the short continuum between the last blog I posted and the present time. And I continue to be nonplussed on what to do with the two diametrically opposing forces that have conspired to cause some kind of paralysis on my part.

The prickly gnawing feeling that wants to articulate and take issue with many of the unfolding events and the equally scratchy nonchalance that cries, why should I care.

Wake up! The world is afire with consuming troubles and sticky stripes that clamor for some solicitous attention and resolution. Why not raise your iota’s worth of earnest musing, with the yeoman’s hope that that candle lighted may in unison with others, bring some illuminating spots on the mottled pages of man’s plight?

But the other equally formidable force shouts in equally forceful gale, why should you care, nobody typically cares enough to sublimate his narrow personal interests and vanities for the greater good.

We appear consumed with promoting our own selfish interests. We would rather vie and see who can write or argue better. And be esteemed as such, rather than in the darkness and drabness of anonymity raise our puny selves to act and do something positive and constructive about the problems.

Man appears not only bound to repeat his dismal history, but may actually appear destined to commit his collective future to perdition and annihilation. Nothing appears in the horizon bright enough to result in any meaningful change in the misguided direction it is now locked into.

Listen! Even the soft saintly words of a holy man have been unscrupulously twisted to enrage a good many clueless devotees of Islam. Enraged enough, to wish that holy man an abominable death such as by execution, hanging, or even beheading.

I doubt there is any one person that can give an acceptably comprehensive answer.

Life in all its simplicity and inequivocation appears to have become so complicated and entangled, as to be tiresome and its concerns, worthy of being dismissed altogether.

I know that man as a species is always hopeful and I wrote so in an earlier blog. Hope springs eternal!

But hope appears like a fastly fading light, that traveling at great speed is fast getting away from man’s ken and grasp.

Nothing like a good night sleep to freshen one’s mental attitudes.

And maybe, too, the planned extended trip to somewhere north where the cold winds blow, and the skies appear closer to the heavens.