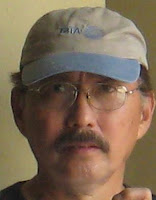 What really continue to confound are the countless persons carrying the surname or middlename, Neri, even in our little locality. From the younger generations to the oldest still living and extant. Based on personal knowledge and because I met her a week or so ago, the oldest Neri I know is Pureza Neri Ramos who is in her 90’s. And mind you, she has a sister in San Francisco, USA, who has already hit the century mark. So what about you? What are some of your own personal experiences? 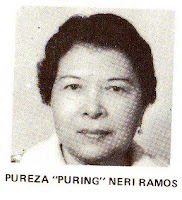 But how are we really related?
Given the available data and postulating on some of the unknowns, the best case scenario I continue to hold as a distinct possibility of our being related is this.

But first, let us review what we have.

Regardless of which parts can be considered legends or historical facts, the story is told that a Sampurna from Lanao came to settle in Cagayan and married into a native-born family. He succeeded Prince Salangsang as ruler of Cagayan. In 1779, he was baptized by Fr. Pedro de Santa Barbara, who was the registered parish priest then, and was given the name of Neri.

We are said to have all descended from him; the name, Neri, being so different from other common names then, being so Italian.

Until the turn of that century (18th) not much is traceable about that nascent Neri family. But the start of the new century (19th) ushered in many local Neri families.

The families of Juan Neri and Anastacia Chaves, and the husband’s sister, Maria, who married Filomeno Chaves. The families of the brothers Lino and Salvador Neri. And that of little-known Leon Neri. The Neri’s mentioned above appeared to have been born very close to each other.

Were they and presumably many others who remained unnamed and unknown all siblings? Coming from the same father and mother, christened a scant 21 years before?

So what about this. We all share the same father progenitor but from different mothers.

As is common even to this day, an influential and affluent Muslim family may be composed of one husband and multiple wives. Which is allowed in the culture and I believe, in the religion, too. In other words, so the datus of old practiced polygamy. It is interesting to note that the bisayan word for rich is datu. If one could afford it, one could have multiple wives.

Thus, a likely scenario for our mythical Sampurna, prince ruler of Cagayan, was a mass christening of his family of many wives and many children.

Thus, a mere 21 years later we witnessed a prolific flowering of the Neri name among the many prominent descendants who graced the historical landscape of our little rustic community at the start of the 19th century and all the way to the present. And beyond. And breaking geographical barriers. From the temperate climate of Scandinavia to the desert sands of the Middle East. To the many cosmopolitan nooks and crannies of the United States.

And yes, it continues to proliferate in the little confines of the old poblacion of Cagayan de Oro and its far-flung barrios.
Posted by Amadeo at 5/23/2009 08:43:00 PM 6 comments: