To Blog Or Not To Blog 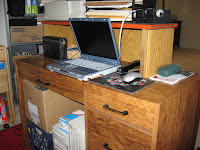 There is a curious exchange of ideas in the blogosphere on how any gifted blogger or would-be blogger should assess or weigh the decision on whether to blog or not, or to continue blogging if already engaged in it. And since this is making the rounds among the econbloggers, one can expect that monetary values and/or considerations will factor into the equation.

Thus after scanning through a representative slice of the blog entries on the subject, including ardently poring through the many insightful and thoughtful comments, one expectedly harvested a net-ful of Economics jargon.

Thus one is reminded of opportunity costs, comparative advantage, loss leader, market power, economic cost and benefit, and the like.

Of course, there are also thrown in the more mundane factors such as ego-gratification, vanity, fame, fortune, and even narcissism.

But nevertheless, the above could very well aptly apply to the entire blogosphere, inclusively defined as those maintaining blogs and all the regular commentators latching on to the different blogs, representing both "the choir" and " the designated hitters". The former drawn approvingly like moths to the authors' partisan views or particular bents and the latter are those drawn to do intellectual combat with their own adversarial views. And as we well know these populate and typify the wordy comments sections of the different heavy-traffic blogs.

So the question to be answered by the blogger and his ever-faithful cadre is whether they will be able to deal with and satisfy the criteria espoused by our renowned economists. And maybe in the process, add in also learning what motivates them to blog picking from the more mundane factors.

For example, noted economist, Prof. Mankiw, considers blogging a personal hobby, thus we assume he gets some kind of personal gratification and/or amusement out of doing it, at the very least. Definitely, non-monetary and because he uses Blogger, his blogging's cost is essentially limited to the time expended. Lucky him! Other less renowned probably do so as crass expression of their narcissism, or vanity. One feels that uneasy sense browsing through some of the innumerable blogs and their rich trove of commentaries. Let me tell you about what I could find browsing through the blogs and comments in some blogs domiciled in the old homeland. A number of commenters especially are with little trace of subtlety engaged in attempting to outdo, outwit, outsmart, out spit or just simply outword each other. 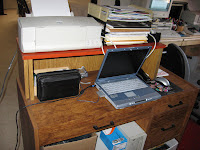 Now, I particularly like the next one, comparative advantage - the hallmark and basis for international trade, as we were taught in school. But in this instance the comparative advantage dynamic applies this way. Aside from blogging, what other type work can you do well where you can derive better and more benefits? For an economist, is it going to full-time teaching, doing valuable research work, or writing in professional journals?

Especially in the category of political blogs, many of the popular and erudite bloggers are never at a loss for words and ideas addressing the myriad of political problems confronting the government and its officials. And many of them are only too eager to gratuitously slam the government and its officials for taking actions contrary to what they have exposed or proposed. Now, therefore, shouldn't those bloggers be or at least attempting to be part of government and thus work for its betterment? And that area would definitely be where overall society could gain some comparative advantage. And not just for our dear bloggers to continue to inhabit the world of verbiage which is what blogging essentially is.

And there are a good number of all-knowing bloggers that one could recommend for public office with its attendant rigors such as the difficult task of convincing the electorate of their electability. Would they take the challenge? Are they daring enough to disembark from their lofty perches and commune with the dirt and grime that characterize public service? Espousing ideas without the concomitant responsibility to act on them is weighed in as a much easier, less stressful, less risky, and ultimately maybe more ego-enhancing alternative

What about loss leader? Actually it is a marketing term, which is a pricing strategy of selling something below cost in an effort to promote another more profitable item. In blogging it applies this way. Blogging is undertaken not simply for the sake of blogging, but as a step toward something else. It could be used as a stepping stone toward getting a cushy job with mainstream media, or for showing one's skill set to prospective employers much like submitting one's resume’ to possible employers. Or because one hopes to promote books or any published work through the blog. Many have done this.

Maybe the world may come out a little better if more bloggers and addicted commenters made similar assessments of their present preoccupations.

When all is said and done anyway, the wise words of Thomas a' Kempis still ring true above the din: