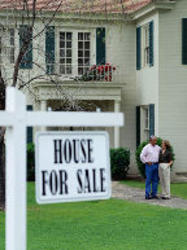 What would undoubtedly be an easily quantifiable, easily measurable and tangible cost of investment in one’s country would be home ownership.

And the typical FilAm in his adopted country, the US of A, is no different.

Let us proceed then to lay out the ground that will reveal this fact.

But first. How many FilAms do you think are in the US?

The latest reliable figure who can extract is about 5 years old, the 2000 US Census which reported that there are 2,364,815 Filipinos that have been counted and registered. Extrapolating for the ensuing 5 years hence and of course, accounting for the teeming number of Filipinos who are not properly documented here, it would be safe to deduce that there are now closer to 3 million Filipinos here in the US.

Now, what percentage of that number would be here in the State of California?

Our source is again rather old, dating from 1996, from the Sacramento Bee, which reported, “Filipino Americans – roughly 1 million – are now the large ethnic group in California.”

Again accounting for the intervening 10 years and the number representing illegals which arguably has increased in growth rate over the same period (inversely proportional to the deteriorating economic conditions in the old homeland?), we can safely surmise that about 1.5 million FilAms reside in the sunshine state of California.

This is a huge and significant number. And to give one a concrete perspective of just how significant this number is, consider that the entire city of San Francisco, premier city of Northern California, is only about 800,000.

That then is the backdrop against which we profile the FilAm homeowner in California.

An Overview Of Housing In The US

For the past 14 years, the US housing market has been enjoying a consistent boom, capping it with record setting levels in 2004. This rising tide of housing wealth has injected considerable purchasing power to consumers boosting consumer spending to record levels, too.

Since 2000, annual averages of housing starts have hovered around 1.9 million units nationwide. In California, at the end of one month (December 2005) 51,250 new and resale houses and condos were sold. If that month was typical for the entire year that would mean that California alone accounted for 615,000 units to contribute to the national total. Of course, this figure includes resale houses.

In the midst of these very stupendous growth patterns, serious concerns have erupted and typically center around what could be described as signs of a housing bubble and an impending bust. However, data from researches at best could only single out a few high-priced markets where these concerns would merit more serious considerations. These are New York City and its surrounding areas, many metropolitan areas in Southern Florida, and of course, California, particularly Southern California and part of Northern California where the Bay Area is located. But in most metropolitan areas in the country (77 out of the 110 considered largest) house prices have not strayed too far from median household incomes.

And it is interesting to note that the long running boom notwithstanding, there continues in this country more favorable long-term prognoses for the housing market. And these will be favorably accounted for essentially by current and prospective immigrants. Family reunification laws, more popularly known to our compatriots as the avenue allowing for visa petitions for relatives, and the very inviting US economy known worldwide for its free markets, will no doubt not stem the tide of immigrants which in the 90s hit 10 million. It is expected that immigrants in the next decade will be responsible for one third of the growth in the number of households here in the US.

At the end of 2004, the percentage of Americans nationwide owning their own homes was 69.0%. The FilAms, forming part of the census group labeled Asian or Pacific Islander, reflected less than that national average, registering only 59.8%. Meaning therefore that 41.2% of these Asians did not own their own homes.

However, on a statewide basis, California registered only 59.7% which is almost identical with the rate among FilAms nationwide. In California therefore, home ownership for FilAms is aligned with home ownership of the rest of Californians.

The Home Market In California

Since my old house was in contiguous San Mateo County, where FilAm-dominated Daly City is located, the median cost is again different, registering $733,000.

In conclusion, aside from the formidable purchasing power of earnings of all the FilAms residing and working in California, consider the amassed wealth of the 59.8% of FilAms who own their own homes, with each individual asset commanding median prices ranging from $450,000 to $750,000.

Note:
Data in this blog taken from US Census Bureau, Dataquick, and Joint Center For Housing Studies Harvard University.
Posted by Amadeo at 1/17/2006 06:19:00 PM 1 comment: