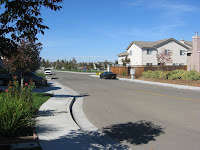 Here we go again. Another arduous trek to the far Far East. Another 48 hours of uneasy travel before tired feet can land on familiar soil. And before it could even commence there is the confusing and beguiling chore of making sure everything needed, included those many items you are being asked to bring along, are all dropped and neatly bundled inside the cramped quarters of two small valises.

But the appointed time comes like clockwork and onward we drive to the airport. This time the trek takes on some easy changes and tweaking, taking on a different airline that will now be headed to a point due south and requiring only an overnight ferry ride to the ultimate decision. But now within the elongated time frame of about 48 hours. 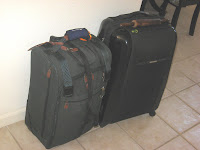 I cannot be wrong when I exclaim that no passenger ever relishes such a tortuous trip, trying to steer easy in very cramped seats over a long period of time, and then jumping from one venue to another (airport to downtown, to pier, etc) with dragged luggage in tow. Not a lovely sight and process, indeed.

But like everything in our fleeting lives, this too will pass.

From one world to another, really.

From all the current turmoil in the beleaguered economy, in the over-heated politics, and all the vexing problems in between that is the US today. To the pervasive extreme poverty conditions, the grueling heat that tropical weather typically is, the overall chaotic living conditions in many congested cities, and all the other vexing problems inherent in most cities of 3rd world countries, that the old homeland is.

Not much changes, really. If one is used to both.

This will be an appropriate time to witness the trickling-down effects of this global economic meltdown, as it invariably affects all those surprised countries waiting in the periphery, waiting with bated breath how the big players in the global economy will handle their end of this gigantic problem .

For truly, we are a globalized and interdependent economy and community. For this particular country especially where 10-12% of its GDP is derived from inward remittances coming from its workers and former citizens living or working abroad, it is singularly of extreme importance.