This Thursday morning things got done early and by past 9am I was empty-handed but ready for anything to pop up. Noticing the extra cash in my wallet, I decided to saunter over to the main office of my favorite credit union, FICCO (First Community Cooperative), and to aspire to be dutiful with one of my defined responsibilities as a member of “good standing”. The brisk walk buoyed even more my already elevated spirits, so grabbed a number, which was an even 100, and sprung up the flight of stairs.

As I cleared the stairs, immediately noticed that the priority screen had 67 on it. Not to worry. Though not a glutton for punishment, I did have time to while away and the air-conditioned ambiance of the main office was an added bonus. Had I stayed in our building I would have had to pay for the electric bill for that comfort. So settled down on one of the lounging sofas after a quick glance around the gathered slew of members waiting for their precious turns – moms with antsy kids in tow, prim ladies in their neat office uniforms, and the like.

Neatly attached to the comfy sofa, I started looking around for anything to occupy my attention, aside from deftly cocking ears while listening to loud conversations from the waiting crowd.

There to my left was a huge framed board measuring maybe some two square meters occupying most of that wall. It had the title, What Makes FICCO Unique. Quite a catchy title. So started reading the all-text yellow board starting from the right since I did not want to crane my neck too much, the board being too close to where I sat. It was generally quite exhortative and inspirational, extolling the exemplary qualities of the coop. I nodded in agreement as I went through the points highlighted. Had time to reread since my number was still far from being next. After which, I craned my neck even more to try to get to the left portion of the board, which as we all know is where the start of the message would be. Again had time to re-read, soak, and ponder on the issues highlighted. More nods, though I confess I started having itchy reservations with some of the glowing statements.

From my perspective, the gist of the message of the board was as a kind of general exhortation for members to feel unabashed pride for their organization, and maybe to answer back on some detractors who may have disagreed in the past. Okay, that I understood perfectly well. But in time my reservations became more like itches that needed itching and more attention.

Finally decided to reduce them all to prose and this is what I came up with, randomly selected as good as fading memory could work. 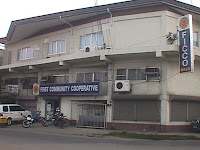 Firstly, there was mention of members “being of good standing”, and that struck a sore chord since I confess I had that issue addressed to apply to my own membership where I was declared as one lacking that quality and thus not qualified to run for elective office in the upcoming elections. Based on the rather very draconian strictures currently in place, one wonders how many in the entire roster of almost 130,000 members can qualify as such. I suppose in the local context, becoming a member of good standing in organizations similar to this can be a very daunting task. It appears that gone are the days when being a member of good standing involved the very elemental or minimal requirements that many are familiar with – pay your basic dues, or obey basic rules, and make sure you have not been found to be seriously remiss in the discharge of your defined and assumed duties and obligations like paying your debt on time, not to lie, cheat or steal from the coffers, or discharge duties of your elective office decently or creditably. Now, the demands are more stringent and restrictive.

Secondly, as an opening act to increased speed and efficiency in bringing in more membership and resources, mention was made of delayed counter services brought about as unavoidable consequence for the former. After all, one cannot expect more from harried staff and personnel who are over-stretched attending to more clients. True and to illustrate, it took me about 40 minutes to get my little chore (a cash deposit) done from start to finish. The unavoidable trade-off appears tolerable from the organization’s point of view. But lost in the shuffle are the lost man-hours of the clients forever counted out from the daily grind of long waits which are now the typical scenario. Consider productivity lost in the process. Is there a way to mitigate this? I can think of one that could work, but leave that for another discussion and occasion.

Thirdly, the piece speaks of a culture developed through the years which has served the organization well and augurs well for its future. It speaks of an organization that views transparency in its officers’ actions as primal to its continued existence and thus welcomes all voices, big or small, major or minor. But then parenthetically qualifying that even “sour-grapes” are entertained. (Chuckle here.) But I do believe such language does not belong in such a serious piece. No need to demean a voice that may be outlandish or too extreme, it is enough to welcome all voices, whether in agreement or dissent. I have to believe that FICCO is unique because it is also tolerant.

And lastly, I postulate an added quality that makes FICCO unique and will continue to make it so. It continues to be a work-in-progress. While other coops may indeed be considered "works-in-progress " compared with the tremendous strides FICCO has made, I hope that we at FICCO are cognizant and humble enough to declare and believe that we ourselves continue to be a work-in-progress, not a perfectly molded model that cannot stand any more improvement, re-examination, re-recalibration, re-alignment, etc. We must continually learn as we grow, and adapt where necessary because remember times are continually achangin’, too.

It was odd that during my turn in front of the teller, unsolicited I was advised to borrow, the teller obviously a total stranger and did not know me from Adam and least of all my overall financial situation. My typical reply as always has been, I will borrow when the need to borrow arises. And not before then.

BTW, how did she know that I have not borrowed as far as I can remember? Is my account flagged and labeled as to show outright where I stand in the organization?
Posted by Amadeo at 3/05/2010 04:32:00 PM No comments: