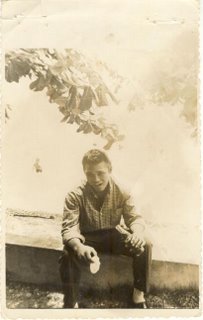 Before the era of multi-million dollar purses, coupled with equally astronomical PPV deals, another world champion boxer from Mindanao started his pugilistic arts not very far from the inauspicious origins of the current boxing idol. This unassuming, though quite strapping and muscular, guy started honing his boxing skills in the town of Marbel, north of General Santos, but still within the Cotabato region.

This boxer who carried the name of Ireneo Barrientos, but shortened to Rene Barrientos as an appropriate boxing handle, lists his birthplace as Balite, Aklan, in the Visayas Region. It can be surmised that not unlike many of the Christian residents of the Cotabato region which has been traditionally and predominantly Muslim, Rene’s family resettled in the area. Which place had been renowned for holding alluring promises for those who dared. The tempting enticements of a very hospitable climate, fertile agricultural lands and enviable homesteads, which had earned the huge Cotabato basin the distinction of being the rice granary of the entire country.

In October 10, 1962, Rene made his first professional fight in Cotabato knocking out a fighter named Charlie Kid in two rounds.

Of his 48 professional fights, this would be the only one held in Cotabato, because after this he was ready to move on to bigger places and greater heights.

He moved to the Northern Mindanao city of Cagayan de Oro to be managed by one of its more popular boxing enthusiasts, Dodong Almirante. This partnership would lead Rene to a world championship and beyond.

Standing at about 5’7” and fighting at a comfortable 130 lbs, (ideal for a junior lightweight or super featherweight), Rene in many ways then was also like Pacquiao. Add to that the fact that he was also a southpaw with a very mean left.

Though maybe minus the extravagant financial rewards now very common among boxing champions, Rene took hold of his highest crowning glory by grabbing the vacant WBC Super Featherweight Word Championship in a bruising 15-rounder that ended in a unanimous decision. This was against a fighter named Ruben Navarro in front of a hometown crowd in Manila, on the 15th day of February, 1969.

Though nothing compared to the frenzy and mania created by the latest Pacquiao conquest, the nation was nevertheless ecstatic for having a world champion.

Unfortunately, about a year later, Rene lost that title to a Japanese fighter named Yoshiaki Numata on a split decision and under a fight that was held in Tokyo, Japan on April 4, 1970. Many would claim that it was a hometown decision, and unfortunately during those years, Japanese officials were notorious for being partial to their fighters.

Though stripped of his rightful crown, Rene would continue to fight until the 70’s, already into his 30’s, and losing only one more fight, again on a split decision. And you guessed right. To another Japanese boxer in another Japanese venue. But the chance for another world title never showed up again.

Today, Rene continues to live with his family in Cagayan de Oro, ensconced among many friends who have stayed loyal to him all these years.

Look him up, if perchance you find yourself in the very hospitable gateway to Northern Mindanao. And see how he sizes up with the current idol.

Rene among friends in his adopted hometown: (CLICK ON THE PICS TO ENLARGE) 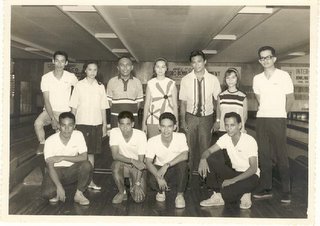 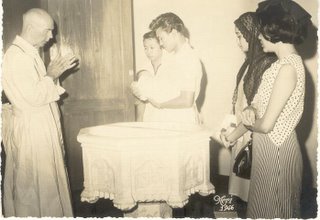 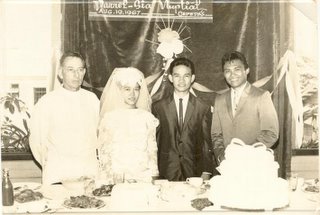 Bridging The Them and Us Gap 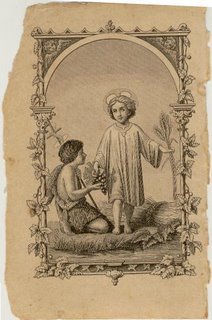 We like to tell the story that mankind (Homo sapiens) started as one, and that more profoundly, everybody is made to the image and likeness of a good God. Thus, the only race that we all belong to is the human race.

But we tend to forget that people GET different growing up in their own unique environment. They develop the same ways of reasoning and using their own perceived logic as the rest in those familial and social milieus. Sadly, the Middle East and its people, in many places where they may have sought to live and prosper, still resolutely cling to their adherence to many cultural and religious practices and mores that have not changed much since the 12th century. This continues to be the same way they look at the world and how they judge the rest of the world. This kind of time warp very much explains those confusing and very illogical behavior we see exhibited in the world today. And of course, which obviously alienate them from the rest of the world that has in the meantime, moved on.

I see a long-term solution from where I sit. The USA is a very good example of showcasing how integration and assimilation of the different ethnicities into the mainstream can radically change not only how people look and act. But more importantly, how people think and relate in the social environment quite different from their old homelands. And this while still continuing to learn and maintain one’s past ethnic heritage in ways amenable to the rest.

For after all, the US is probably the only place in this globe where the convergence of practically all the races/ethnicities can be found. At times messy, but essentially bound together by common goals and ideals. And this could be a good reason to advance why the US is still essentially insulated from such illogical behavior now raging in other places of the world.

Thus, comparing the first generation immigrants, whether adamantly resistant to assimilation or not, with the next generation offspring, one witnesses a world of changed differences. Not only in the manner of dress, speech, and demeanor, but even in the more profound social or moral values that somehow manage to reveal themselves in the many innocent and uninhibited ways kids express themselves.

Instilling democracy and democratic ideals are definitely a good commencing step toward pushing the Middle East and its people away from the constricting clutches and demands of the past ages that present civilization has cast aside a long time ago as largely irrelevant, inadequate, and illogical.