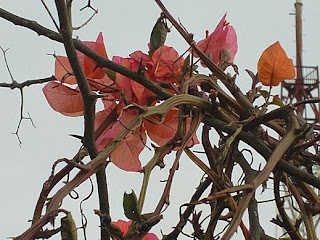 It is sad to observe how our current situation is yet another grand display of the workings of our frail human nature. In the midst of tremendous human failures in our government, many considered good prayerful people of our community have decided to just sit back and be passive or worse, continue to throw support to a regime that ought to have been driven out so many years ago. Thus, amidst the wholesale chaos in our streets and thereabouts, things appear to be business as usual.

They come from all ranks. Successful businessmen who enjoy good patronage from both the people and government who believe that upsetting the applecart could only derail their successes. Or maybe they couldn’t care less.

School administrators and officials who have decided that what is important for them is that inside their hallowed halls and premises where they reign supreme, things are under control. Never mind what goes on outside their closed gates. Thus, traffic is usually atrocious in and around their vicinities. And yes, never mind that city governance is negatively impacting their abilities to operate their enterprises in the near future.

One could think that even the clergy from all denominations would rather preach religion passionately to their flocks but maintain a detached and silent attitude about the rest of the community which is being royally screwed by government.

And the rest of the politicians, of course, would rather protect their turf and make alliances for the next elections, however objectionable those partnerships may be. After all for most of them, political expediency is the end-all and be-all.

And we even have the highest executive of our land, if our reports are to be believed, who would rather that we the people make “as much noise” first so he can move. But in the midst of such glaring and blatant disregard of law and order, one would think that not necessary for him to proceed to do his appointed tasks.

And maybe a community so inured to lawlessness, pain, suffering, and inequity and has thus lost the grasp of or ability for change?