The Issue of Coercive Interrogation Or Torture

In the current hotly-debated issue of how US terrorist prisoners should be treated under the Geneva Conventions, the current position of Senator McCain affords one with an exemplary model to highlight and emulate.

I surmise that the life-defining experiences of Sen. McCain started during his stint with the US armed services during the infamous Vietnam War. After his plane crashes on enemy territory, he is dragged out of the wreckage, coming out with broken arms and legs. Then beaten by his captors. And for the next five years of captivity undergoes, in his own words, torture from his captors. He also confesses to having tried to hang myself at least twice to escape frustration and despair, no doubt occasioned and aggravated by the torture inflicted on him. Torture methods that obviously were violations against the extant Geneva Conventions. 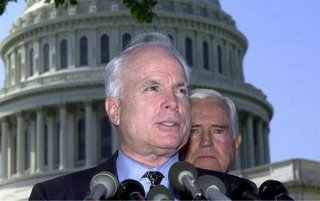 Now defying the President’s desire to study some of the provisions of the conventions for clarity with the end in view of protecting the US military, Sen. McCain takes the very high moral ground intoning that the US ought to follow strictly the current provisions and dismissing any suggestions that the US be allowed to engage in “coercive interrogation”. Examples of which are waterboarding, belly slap, sleep deprivation, exposure to loud sounds or music. Of which many would contend are not forms of torture, but rather extreme measures of coercive interrogation.

Taking these stands in spite of his own horrific personal experiences, projects to us an image of McCain as a kind of Christian saint, very loyal to the precepts of Christianity especially those that appertain to one’s enemies. Indeed, he can be likened to a Christian saint, though maybe a notch lower than being a martyr also for one’s Christian beliefs.

For the clear manifestations of his humanity, one cannot find a much better example of a good man, true both in words and deeds.

The confusion I foresee is whether an entire country should or could be expected to act as one Christian saint, practicing the time-revered precepts that we must love our enemies, that when we are struck by them to turn the other cheek, that we cannot respond violently to violence inflicted on us but only through peaceful means.

Is it feasible and reasonable to expect an entire country, especially when its own survival is at stake and being threatened, to actually proceed down the road of deferentially treating any or all of its violent aggressors, adhering strictly to high moral and ethical standards? Especially when the enemies are not so inclined to follow or be bound by any humane or reasonable rules of conduct?

While, yes, it is possible to do so, as a matter of fact, it is the most ideal way to do it following our Christian ideals, but aren’t we expecting or extracting too much from that country as to disable and hamstring its capabilities to effectively and efficiently curb or eliminate such imminent threats?

In the delicate equation between the imminent possibility of saving many lives against temporarily curtailing or suspending the personal civil rights of several individuals or groups of individuals, most of them already reasonably determined to be unrepentant perpetrators of mass murders, where could one stand?

Specially relevant is the issue of how and what is a leader of an entire nation, tasked primarily to protect and provide safety for his huge number of constituents, supposed to decide on issues similar to this?

We of course have precedents. Done during wartime quite similar to the current one, the two atom bombs dropped on Japan were precisely for the purpose of preventing more casualties on both sides of the conflict. A few hundred thousand bomb victims in favor of maybe a million or so combatants on both sides because of the projected protracted combat.

And adding another stubborn wrinkle to all these is the accepted practice of states or governments having the rightful authority to execute certain criminals and transgressors, whether members of their own citizenry or not, who are determined whether judicially or not to be guilty of grievous crimes/transgressions. Can't spies be summarily executed during wartime?

Thus, while an individual may feel compelled and bound to follow the commandment not to kill or murder, the government in many countries or states is legally authorized to disregard that particular admonition. And of course, an individual has the inherent right to self-defense when so seriously threatened.

So, shouldn't this self-defense exemption also apply to a collective individual like the state?

Many man-made nuances are cobbled together in many specific instances to justify the forcible termination of a life. But the final analysis is that we are taking away the liberties of a man, including his right to life. Only the circumstances change. Thus, can it be any different when subjecting a person to coercive interrogation?

The realities on the ground are harsh and troubling. But isn’t there a crying need to get past beyond ideals and best case scenarios for man collectively to be able to progress and get beyond the many bumps and irritants that litter his path?

Is the far greater cause of insuring the peace and harmony of humanity worth more than strict adherence to standards that anyway are made renowned more for their breaches than their being earnestly followed?

Or does it have to be morality and ethics, first and foremost, or nothing else?

Come to think of it, many of the great and moral personages of man’s history gained prominence, renown, and adherents because there were immoral or amoral men or groups who felt compelled to silence those people by doing violence to them, taking their lives forcibly before their times. By violating high moral standards.

And on the other side, we can also point to a good many great men, who when judged by today's moral and ethical standards would have failed miserably in many of their undertakings.

And the world appears none the worse for these unacceptable behavior. Or none the better, judging by the turmoils we are in presently.

This clearly shows that man’s path to the future from the past did not and does not come pure and simple. All good and admirable, with no deviations from the strict moral and ethical codes that most civilized people acknowledge and resolve to follow.

At best, it can be portrayed as markedly spotted with different moral and ethical shades of gray. 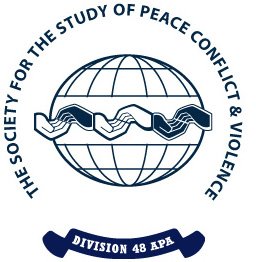 Here's a rather comprehensive categorization of coercive interrogations, which includes our common understanding of torture:

"coercive interrogations" can be loosely categorized as follows:

2. Interrogations with clear implication of threat and harm with an overt physical component - the so-called torture-lite (e.g. hooding, sleep deprivation, nudity with sexual humiliation, loud music, cold exposure). This often involves a physical component but is usually not defined as physical torture as it is deemed as causing no real physical harm but is rather much more harmful psychologically. Thus, it probably would not be defined as physical interrogation but is clearly a case of extreme coercive interrogation.

3. Interrogations with clear implication of threat and harm without an overt physical component - also under the rubric of torture-lite. Examples could include drawing on individuals phobias in an effort to terrorize a detainee; threats of severe harm or adverse consequences to self (e.g., death, physical torture); sexual humiliation drawing largely on cultural norms; defilement of religious objects; forced listening to baby cries, etc. Each of the above results in extreme physical arousal, not deemed to cause lasting physical harm, but can be very psychologically damaging.

4. Interrogations that may cause psychological harm as they involve severe or "oppressive" threat, disparagement, shaming, bullying, deception, etc. This is where the "shock the conscience" rule comes into play. Not considered legal for U.S. interrogations as they may lead to violations of 5th and 14th amendment rights related to due process and self-incrimination. This is a very gray area in the law that is constantly evolving and resulting in changes to Miranda. Confessions may be excluded on the basis of such interrogations.

5. Interrogations that may cause psychological harm as they involve threat, disparagement, shaming, bullying, deception but are considered to be within the legal toolbox of interrogation within the U.S. criminal justice system.

Here’s a report from ABC’s Brian Ross, which among other things pointed to some successes with the coercive interrogation methods used by CIA.
Posted by Amadeo at 9/21/2006 02:10:00 PM No comments: