I suppose if you live in Metro Manila, or tiny San Francisco, you would readily agree that parking your vehicle in most public places can qualify as a real world problem and maybe even a bit of a nightmare, at times.

Thus, this revealing bit of news was a welcomed development:
A car that parks itself! 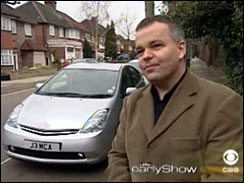 So ladies and gentlemen, you lovers of Toyota, prepare your hearts and wallets for this next attraction. When realized, consider your eternal battles with parallel parking shelved and completely solved.

A little personal account will assist highlight the God-sent benefits of such a feature, in the eclectic world of vehicle ownership. 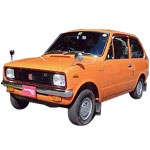 I bought a pick-up recently. More like a little Sherman tank given that it was a Ford F150. Many may squirm and cry, over-reaction. But consider poor me, weaned on compact cars all my life, starting with a 360cc dual-cylinder toy car hatchback in the 70’s aptly called Minica, manufactured by Mitsubishi, Japan, and marketed in size-strapped Philippines. In fairness, it did accommodate, more or less, a family of six, with my twin sons neatly crimped in the back area which passed as a trunk. 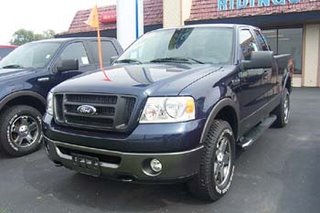 Thus, suffering under such a stiflingly constricted background, indeed getting an F150 is like moving from a car to a light Sherman tank (is there such a tank?). Though it definitely drives like a car, any car.

Still, there are parallel parking issues to be addressed. But, oh, the motivated car salesman advances: one of the features is a fool-proof buzzer that beeps as it nears an obstruction when one is in reverse. And it beeps louder as the object gets closer. What he did not tell me is that when the trunk lid is down as is usual when one carries over-sized loads, the buzzer beeps even when one is in the middle of a desert.

Thus, getting a car that parks itself will be heavenly, more so approvingly in leftover-space havens like Metro Manila and the craggy landscape of San Francisco.
Posted by Amadeo at 4/03/2006 02:05:00 PM No comments: