Remembrances of my Late Father 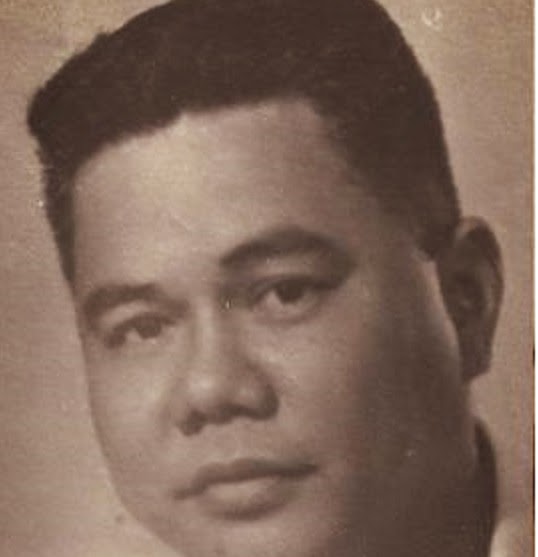 
To preclude people from misunderstanding  my attitudes toward my father, let me say I am truly grateful for both of my parents.  After all, without both of them, I would not be around.  Albeit my life could still be judged simply as a whiff of smoke for its triteness and lack of importance.


So on my own behalf, and on the heavy behalf of all my other siblings numbering over a dozen, I push tentative hands to write about what I remember about my father.  For the benefit of all and sundry, and just maybe for the benefit of siblings and their issues confused about the realities of their own father and/or grandfather.


My father was a lawyer by profession and a scion of a very prominent local family who even to this day can count on many close relatives who are considered important and of consequence in the city.  He practically lived his life based on his own rules and perceptions, unfettered by the many social standards and conventions that defined his own generation.  Conventions that would definitely be considered very constricting compared with current standards.  Whether rightly or wrongly, they indeed were limiting to a man desiring to give rein to his free spirit.


But giving free rein to his free spirit he did, in most things he did in his short life of 56 years.


How he started life as a young kid is still sketchy to those of us who knew him.  He was practically an absentee father to all of us children of Milagros Velez Neri.  And on the scant occasions we were together as family, he barely spoke and was a great disciple of the old truism that kids were to be seen but not spoken to or heard.  But from notes and books he left behind, one could weave a tale of whole cloth about his life and the things that were important to him.   If anything he was an inveterate note-taker, leaving behind copious notes about a lot of things.


For one and to illustrate, he had an avid liking for cars and gadgets in general.  He kept records of all vehicles that went through him, keeping manuals of instructions, pictures, and writing notes on their margins.  He even left behind a list of all vehicles of his family, starting with his own father, giving details of the vehicles, the years purchased or owned and dates disposed.


On a side note, over time, I was beneficiary of several vehicles coming from him – two motorbikes that I converted for the motorela business, a VW buggy, and even a small Toyota sports car that I eventually passed on  to an older brother who was leaving for the US.


He was quite unconventional in many of his ways.  Which included even his perception of what family life was all about.


This veering away from custom and culture manifested in many other ways.  Coming from a very patriarchal family, his father we gathered wanted him to be a doctor.  So this he followed finishing pre-med, probably from some exclusive school in Manila like the Ateneo de Manila where he spent college years before the last war.   This was something not to be taken special notice of since he came from a family with very great financial resources and could well afford to indulge their children with the best their milieu could offer.


Then we learned he shifted to Law which got sidetracked when war broke out.  And in the meantime, his own family had grown.  So after the war he resumed his law studies and reviewed for the bar in a then unlikely place, in Cebu at the University of San Carlos which just started its law department.  Instead of losing himself in Manila where he would have benefited greatly because his family had many acquaintances and relatives steeped in the law profession.  At the very least, he could have gotten critical pointers or “leaks” that would have helped his ratings in his bar exams.  But he decided otherwise, and instead buried himself in the serenity of faraway Cebu, the land of my mother.


He still placed 4th in the bar exams, garnering a grade of over 91%, which to this day is the highest rating any local topnotcher has gotten, including those who topped the bar.  No doubt he was a very intelligent person, his academic records and people around him were quite unanimous on this.  And I add this native gift may have been greatly enhanced by dogged diligence and dedication that knew no bounds.


In his practice of law, he took on the hardest and most complicated cases and he rarely considered the remuneration he could derive from them.  His legal interests trumped any other considerations, whether in monetary kind, or for social approbation.   He was just passionate about law, spending many days and nights laboring and preparing for his cases.  He lost himself in this pursuit that he probably neglected other equally important responsibilities – like his family.  And coming from such a financially secure background, his knowledge about income and expense was at best rudimentary.  No, let me take that back, his knowledge, about almost any subject of current interest then was very keen and extensive, the notes and books he left behind tell us that.  But his practice of  these things did not typically match his knowledge of them  And his very consequential inheritance from his own parents may have spoiled him even more, since he could always rely on them to extricate him from any problems of a monetary nature.  Until the well ran dry.


And for all these sacrifices and show of altruism, he became quite a darling of the local legal profession, earning a very laudable and enviable legal track record that could have been easily parlayed into politics.  Many still claim that at his peak, he had not lost a single legal case.


He did dabble a bit in politics, but with dismal results in all his tries.  He himself from some of his past actions and words had declared that he was not good at politics.  And thus, may not even have liked it.


Of no surprise then, he died in public in the local amphitheatre, during a speech he was giving in his bid to become vice-mayor of the city.  He just collapsed and my cousin, a doctor who attended to him afterwards, said he was dead before he reached the stage floor due to massive thrombosis.