Every weekend at about 5 p.m. Friday, when the afternoon commute is just gathering storm, the main plaza of the city, Divisoria Plaza, metamorphoses from a shady, leisurely, and quiet haven of many different segments into a veritable beehive of intense economic activities and harried people, erroneously called a nite cafe. It has actually morphed into a full-blown frenetic bazaar likened to those of old, where any and all marketable merchandise is hawked and promoted. From food services, to garments, to footwear, to costume jewelry, to dresses and men's wear, to all and almost anything that could possibly catch the fancies of the expectant shoppers as they hem and haw negotiating through the congested mazes of stalls and tent enclosures. And yes, loud live shows with blaring sound systems,too. And I suppose even contraband goods are marketed, such as pirated DVDs and a variety of smuggled items from footwear to garments.

For a taste of the strange and exotic, how about trying a hardboiled egg dipped in some kind of gooey batter and then deep fried. For eight pesos, it is served to you in a small paper plate laced in some kind of buttery substance.

All this with the solicitous blessings of the city government which has encouraged this strange practice dating back to the largely unlamented previous city administration. So, noisily commencing every Friday night, it lasts till early Sunday morning, except that all day Saturday the entire tent city is folded up and raised again late Saturday afternoon so vehicular and human traffic can continue unimpeded during the day.

Any stranger or any astute observer to the city cannot help but be amazed how this pained transformation is effected every weekend with precise clockwork. The plaza starts to ease up like a slowly emerging image of a recognizable bazaar before the clock strikes 5pm. Like a colony of ants, sweaty purveyors slowly materialize first with their assorted building structures of wood, steel, tent, plastic, and whatever else is available for such purposes. Then ushered in are the merchandise, again in differing sizes and volumes, carried around by differing modes of transportation.

By 5:30pm the entire plaza has taken on a completely different look and ambiance, with the noise levels rising dramatically, gaggles of people start congregating in large numbers, milling around mostly in places offering great bargains. Some streets are cordoned off and vehicular traffic diverted, in the usual chaotic and helter-skelter ways things are done here.

The surreal scene takes on the unmistakable air of organized chaos, amidst a chaffing sea of humanity and the jungle of motley assortment of merchandise.

Winding gingerly through them, one gets a sense of being in a dream-like trance. 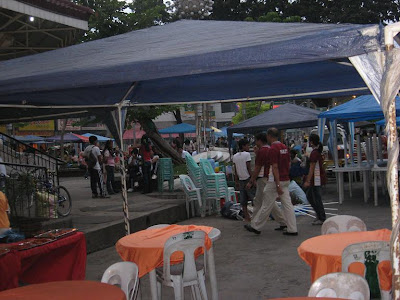 Plastic tables and chairs, the best guard against the harsh elements of rain, dust, and yes, rough people. 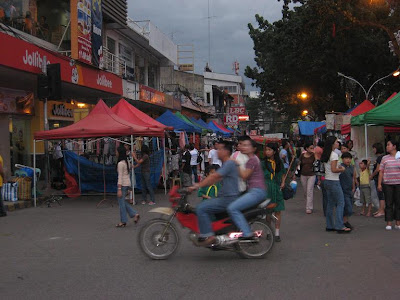 Nothing beats a nice ride in the park against the backdrop of twilight's fading light. 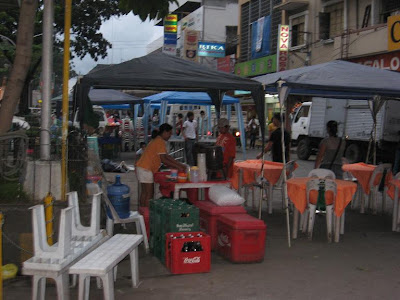 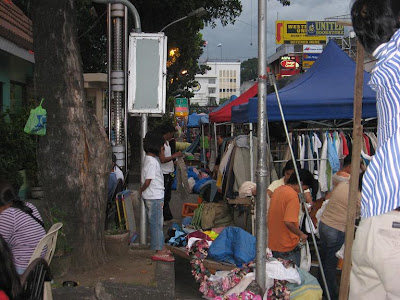 Fortune comes to those who wait. 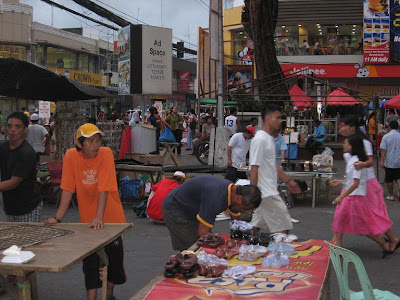 Are we ready? Should we expect rain? (Expected or not, it did rain less than an hour later.) 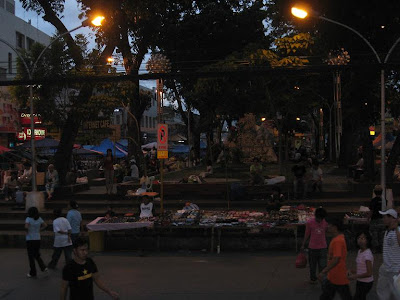 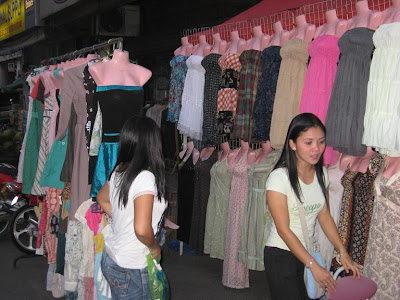 A bit of glamor in those selling those glamor items. 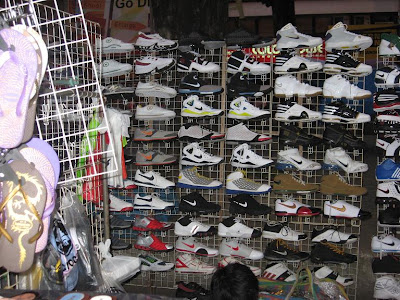 A thousand choices for my pair of feet. "Mirror, mirror on my wallet, which ones..." 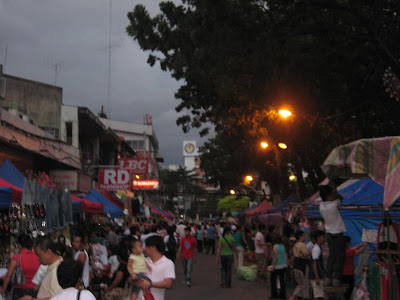 A cradled baby joins the window-shopping. 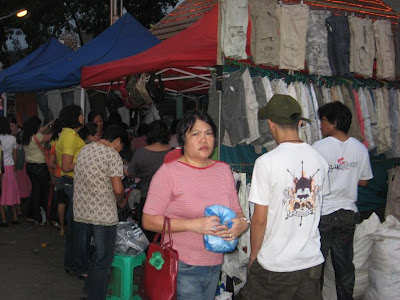 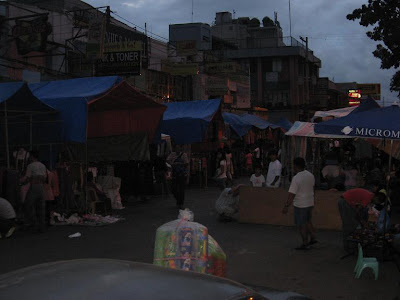 Blue is the preferred choice of color for tents today. 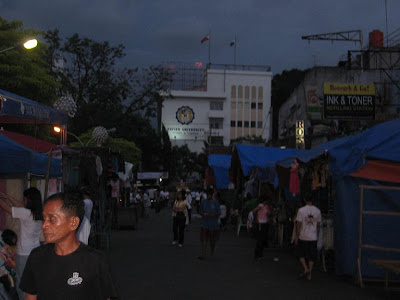 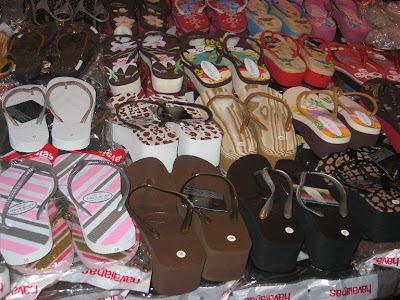 Havaianas? Hard to pronounce, maybe even harder on the wearer's feet. 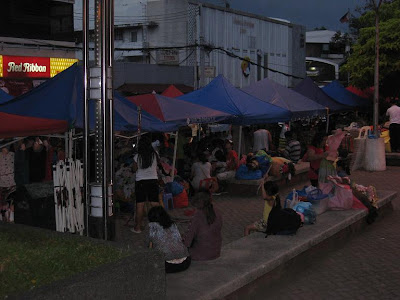