So are we still looking with askance at products made in China?

Consider a few facts. The other day the on-line news broke the story about China being now the biggest exporter in the world, finally overhauling leader Germany for the first time. Granted per capita Germany still leads. Also, for long enough China has enjoyed the position of being the 3rd largest economy in the world, outstripped only by leader US of A and second-placer Japan. But it is expected that China will take over the second slot.

And lastly, the news also highlighted the fact that China is also now the biggest auto market in the world with its over one-billion population finding new purchasing power to get into the markets. And the Chinese government stung by the global recession has been focusing efforts on domestic markets to move its excess products.

So are we then surprised that China-made vehicles are finding market niches in other parts of Asia, and the rest of the globe, too?

Here in our little corner of the world, Cagayan de Oro, China-made motorbikes are making crucial inroads rigorously competing with industry leaders like Yamaha, Honda, Kawasaki, and Suzuki. With one overall advantage – price affordability. And where price differentials can range as high as 100%. Thus, a China-made bike could be priced at 50,000 pesos while comparable units of the other brands are going for 100,000 pesos.

Are they comparable or better than the other well-known brands?

Personally, I believe the jury is still out, and thus it remains to be seen. Though China-made bikes have been in the local markets for several years. Some reports have been negative, but admittedly one sees on the city streets some of these bikes still operating decently and looking good.

But credit China for competing very well in the looks and design departments. Take a look at this. 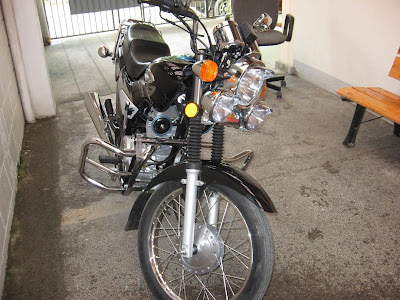 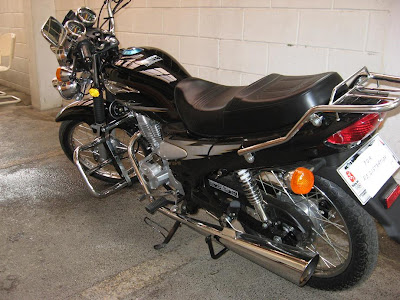 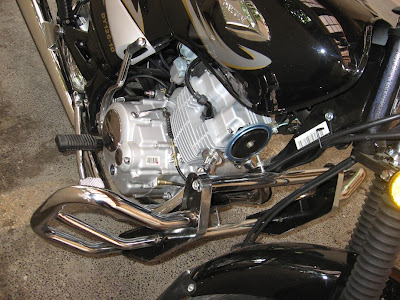 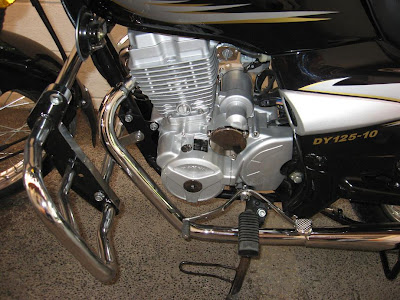 It is obvious to see that its looks and designs mimic those of the classic Hondas or Yamahas, or the European models like BMW and Triumph, etc. One more expensive model is trumpeted as a BMW look-alike.

And many China companies are competing for these same markets. You see such strange names aside from the one above as Skygo, Longin, Motorsport, PMR, Kimbo, etc.

Some parting words. Remember it was not too long ago like in the 90’s that fledging upstart Hyundai from Korea started marketing cars in the US. Many consumers snickered at its first models. Now it has become mainstream. Same with Kia.

And in the 70's Honda first marketed in the US its 1000cc Civic touting it as the American consumer's "fun second car".

Pretty soon these Chinese models will become mainstream, too.