On The Economic Front 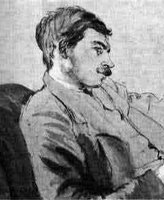 Words could have bigger impact than numbers

Thus, intones the bannered headline of a short economic report on current developments in the US economy.

The report details the fear that certain data on falling prices could be easily misunderstood, I suppose even by those who are savvy on economic issues. This I say because sadly, I can surmise that the common perception is that the typical man on the street may not be nuanced enough to understand these developments.

We are wont to bewail the lack of focus and emphasis on economics in our secondary education, at least with the basics such as how the economy works in general, or as some dismissively rue, simply how to maintain and balance checkbooks.

I personally believe that this utter dearth of understanding of basic economic phenomena can be collated and proved from polls after polls directed at how the citizenry perceive the overall economy.

Thus, this heavy reliance on words rather than numbers has been with us for a while and extends beyond the issues propounded by the article.

The current situation is decidedly a good subject for discussion.

Unemployment hovers around 4.7% and this level may be as near as the country can get to attain that full employment equilibrium as Keynes enunciated.

The DOW-Jones indices are treading on uncharted territories, breaching highs recorded in the past. Though we should not mistake their accomplishments as reflective of the overall growth and health of the economy, they do reflect the vibrancy of and confidence in the economy.

While the overall housing market may be slowing down after its almost decade-long phenomenal surges in numbers and prices, we should not lose sight of the fact that overall house ownership has also steadily increased in the same period, across most ethnic and economic status lines. And the continued influx of future immigrants will no doubt continue to press on harder on the housing markets to perform.

The size of the US economy continues to grow at very healthy rates, in spite of all the turmoil it has had to go through. One economist pointed out the US economy grew during the period of a few years at a size equal to the total Chinese economy. Astounding!

And we got blessed with an extraneous boost when crude oil prices started plummeting, and so gas prices are now rapidly going downward.

In the area of challenges, first we had the tech bust beginning of the new century, which when reckoned accounted for a few trillion losses in value of stocks, mostly tech stocks.

Then we had 9/11, which according to some estimates had the country, NYC being a crucial part of it, reeling from a loss of over 11 billion dollars during the first year. Then the two wars which to this writing we continue to wage, regardless of which side we may find ourselves staking our support.

Then we have to contend with the other global economies that are determined to challenge our dominant positions in world trade. And we should not forget to add the hate/dislike factor that some countries have tacked on to these challenges. With enough hate/dislike that some of its citizens are only too willing to do us harm both in person and our assets abroad.

And these moves related to global terrorism have made necessary precious treasures from our economy to be expended for our protection and security. Which expenditures could have been channeled to more productive and/or creative endeavors to grow the economy even more.

But still in the final count, we continue to exhibit those inspiring developments in our economy.

And on the political front, no serious economist will deny that government administrations do not really have control or influence on the overall economy, except maybe to step aside and allow the established and stable economic institutions to run their courses,. Still, one should be realistic enough to concede that the citizenry does give some credit to the sitting administration when these good things happen.

And of course, some blame when the economy goes bad.