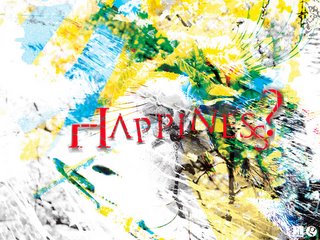 Here’s a very interesting, though findings are not novel, latest report on a poll on happiness from the Pew Research for the USA. Download complete report on pdf here.

Could the findings apply to other countries as well? Why not?

Being still a nation of immigrants, it ought to be a microcosm of the population make-up of the world.

And maybe more arguable than the one where the beleaguered country of the Philippines scored highest among its more progressive neighbors?

Some very interesting correlations between certain factors such as income, religiosity, political affiliations and beliefs, etc. Now remember just correlations, meaning factors going together or found together, but not necessarily one causing the other.

And another qualifier, the survey did not measure happiness based on psychological characteristics or life events down to the individual’s level, such as being happy because of a promotion, owning a new house, or losing a boyfriend, etc.; rather the field of happiness is measured in demographic and behavioral traits.

Well, obviously our conventional wisdom about happiness not being bought by money may have to be rethought and re-aligned. Why?

It is then hard to imagine how very poor sectors of a population could show significant levels of happiness as a behavioral trait.

To be applicable for our purposes we may have to replace this category with whether a person has conservative or liberal political beliefs.

Does this explain then why when one visits the different political blogs, or even those which occasionally write about local or world politics, those on the left, or more appropriately those on the hard-left, engage more in hateful, belligerent, and negative rhetoric than the other side? Remember it is just a correlation.

Discover also findings on other factors such as Marriage and Parental Status, Race and Ethnicity, Age and Gender, and Work, Education, Health, Geography, and Miscellanceous.

Finally, here’s a quote from the report about this statistical technique called multiple regression analysis:

One way to find out is by way of a statistical technique known as multiple regression analysis, which gauges the relationship between each factor and happiness while controlling for all the other factors. That analysis shows that the most robust correlations of all those described in this report are health, income, church attendance, being married and, yes, being a Republican. Indeed, being a Republican is associated not only with happiness, it is also associated with every other trait in this cluster. Even so, the factor that makes the most difference in predicting happiness is neither being a Republican nor being wealthy - it's being in good health.

The same regression analysis also finds that education, gender, and race do not have a statistically significant independent effect on predicting happiness, once all the other factors are controlled.