For A Change: Government Works! 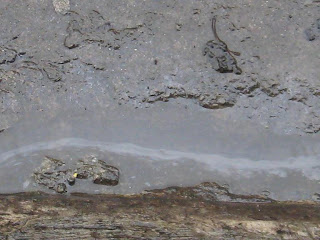 In the old homeland, bureaucratic red tape is the norm, siring corruption in its many manifestations as its runaway stepchild. The truism is that nothing works right in government. If one wants something done requiring government participation or intervention the usual route is to “bribe” the first government bureaucrat on sight to get results that would approximate anything decently passable. And this red tape cascades from top level responsibilities of government institutions down to such petty stuff as registering your business, filing tax returns or pay fees, or yes, getting a driver’s license.

But not anymore. At least for the last process mentioned above – getting a driver’s license.

I had heard mentioned before by friends the unbelievable wonders that had transpired in the usually tedious and corruption-wracked processes involved with the land transportation agency, from securing driver’s licenses to registration of motor vehicles. As a young kid dealing with this agency, then called the MVO (Motor Vehicles Office) to get my first license, I had my first learning exposure to the petty corruption associated with certain government agencies. It was my first brush with this ugly monster that is now an acceptable reality in the country, from the petty to the huge and sublimely gross. Enough to merit global notice and tag it as one of the most corrupt nations in the world.

Any juvenile discussion we had then brought to center attention this derided agency, coupled with the allied corruption exhibited by some policemen who made life miserable for some of us kids honing our driving skills on the comparatively empty streets of our little town.

Thus, it was with almost unbelievable glee and surprise when this time around as a returning compatriot, I found myself going through the process of securing a local license for my extended stays, and being treated with such unexpected dispatch and ease. Almost like I had gone to heaven to do an earthly chore.

First, a little background explanation for the kind of procedure that I had to go through in “re-newing” a local license that had expired almost 30 years ago. I had initially thought that all it needed was to present the old license, get lectured for my neglect in its timely renewal, pay a fine, and then the typical long wait for the renewed license. Quite simple though maybe drawn-out time-wise. But I thought wrong.

This time the agency (now called LTO – Land Transportation Office) has a very accessible sub-office right within the most popular mall in the city. So one’s weekday leisurely visits to the mall can now also involve going to that office and asking questions about driver’s licenses.

After explaining my most unique situation, I was told in no mean terms that no, I could not renew the old license since it has been over 10 years ago that it expired. That I would have to go through the whole process of securing a license, much like the young greenhorn I was when I first secured my license, going through the layered process of first securing a student’s permit. That sunk me deeply inside. Imagine going through the whole excruciating process – studying, taking an oral exam, actual driving test, etc. Once in a lifetime should be more than enough for such torture.

But a ray of blissful light. Unless, I had a valid foreign license. Voila! And that I had, a US California license that was not expiring till the end of this new year. This would involve a conversion of the foreign license into a local license. 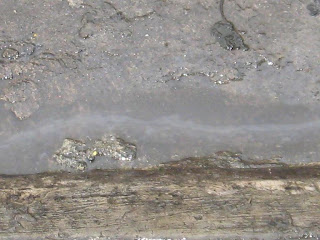 And this would require the following documentation to be submitted. Not really, just Xeroxed copies of the originals. My foreign license, my foreign passport and the page where the latest port of entry stamp is found. But first I had to pass must-have drug and medical tests. And by the way, a one-stop shop sits next to this sub-office where urine can be tested on site and a resident doctor can provide for instant cursory medical examination. In less than 30 minutes, I was out of there beaming, with a negative drug test and a clean bill of health certification in my possession. It helped that I am in good shape (ahem!) and I do not take narcotics other than those present in prescribed medication.

The following day armed with all the other requirements (Xeroxed copies) I was on my way to the main office located in the western edge of the city, promptly at 8am, the appointed hour I was told that government offices open for business. I was wrong a second time.

Some government employees use a good part of that first hour bantering with fellow employees, or for the ladies making their faces up, or for latecomers buffer time to arrive for work. Anyway my cynical self had planned for a long waiting period.

Surprise of surprises, I was out of there with my spanking new license in less than an hour, of course, counting from the time the first window opened. Aside from the documents submitted and the fees paid, no further questions were required or asked. And was poorer only by 1500 pesos for the entire experience.

Kudos to the new expeditious processing at LTO!

A couple of minor dampers really.

Plastered and writ large among the many notices on the walls of the agency was the bold warning that clients should not engage the services of fixers in conducting their business. But lo and behold, a young diminutive person (wearing some plastic employee badge dangling in his neck) and clearly from his speech a member of our favorite local minority glared at me upon my arrival close to one of the unattended windows and with a hand motion asked for the documents I was going to submit. Looked at them, hesitated, and then in a low voice away from the earshot of the slowly gathering crowd asked if I needed to have this expedited. Sensing a con, I parried with the innocuous statement that I needed anyway to speak to the lady at the window about something else. That ended the episode and as I curiously peered at the moving figure, I noticed that he had moved on to another part of the compound, closer to the gate and parking lot. Maybe, looking for another kill?

The other one, even more minor. I would have been issued the permanent plastic laminated license, except that their machine broke and I will have to contend with holding on to a temporary license good for six months until the machine is repaired.

Oh well, one cannot really expect everything to go smoothly. The facility and speed in the issuance of the license was miracle enough.