It is easily noticed that those people who are extremely emotional about the people they love and adore, are just as extremely harsh and brutal in criticism about the people they detest or disagree with. Thus, when speaking about their children, spouses, relatives, and friends, no superlative is spared to flesh out the platitudes directed to them, painting them like they are supra-humans devoid of flaws and shortcomings. But in the same vein when directing their attention to those they do not like or disagree with, no venom vile enough is spared or left on the ground, like these beings are sub-humans, devoid of any traces of goodness in their entire beings.

Now, isn’t this quite incongruent? That super love or charity could co-exist in the same person as the detestable qualities of extreme hate and maybe even self-gnawing envy. How could two diametrically opposed extremes exist in one person?

In current day milieu, one can point to and make the apt comparison to the protest being held nightly in front of the house of the parents of Casey Anthony in Florida. Casey is the mom being interrogated for the loss of her little child. We are witnesses to these angry residents nightly staking places close to the parents’ house shouting obscenities, obviously showing grave concerns and sympathies for a child that continues to be missing all these weeks. Again, you have human beings expressing the commendable virtues of sympathy and compassion for a child not even theirs as possibly lost, but in the process of doing that acting horribly and detestably in their heated interaction with the parents of the accused. In a real way, nullifying whatever good will that may have been initially engendered by their expressed sympathies and concern for that little child.

Can’t figure this one out.

If Sarah Palin had been a lot less than she actually looks, would the negative press or negative criticism had been less than harsh and more tolerant?

Suppose Gov. Sarah had instead been after giving birth to 5 children possessed of distended curves and more rotund, and maybe perpetually covered up by those thick winter clothes that have formed our archetypal perception of an Eskimo, would she have been observed and assessed with more compassion?

What is the one distinctive quality that permeates the expression of our political partisanship?

Before tackling and actually trying to get an answer to that question, allow me to digress a bit. 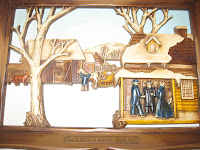 Grocery shopping is one task, no, call that chore, that most of us have to go though on a very regular basis. We know the aisles are well stocked and come replete with similar items of different brands, and even items of one particular brand that individually differ somewhat one way or another, like this sardine is with olive oil and another one has corn oil. Being discriminating shoppers all, we tarry a bit, scrutinize minutely at times each item, reading labels and lists of contents, and then making our choice. We quietly make our choice, carefully pick the item chosen and just as carefully put it in our cart, leaving the rest of the items on the shelves unharmed, neatly arranged, and if these were delicate fruits, clean and untouched or not squeezed too much. The person or family behind does basically the same things.

And we all sigh in satisfaction and contentment, knowing our actions are well regarded and accepted by our peers or betters, or simply by the next shopper behind us.

And we basically do the same things with most of the choices we make in our daily living, in the clothes we buy and wear when we already have them, the schools we send our kids to, the friends we choose to have, etc. 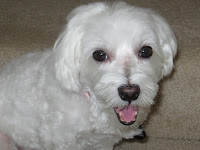 Why then are we so different when we are choosing the politicians who will be serving us? We appear to suddenly morph into something horribly different, hurtful, and at times violent, maybe just verbally. In politics when we have already taken sides, or are dyed-in-the-wool partisans, it is the default order of the day to “demonize” the other side in order to promote our own side. To step on the heads of our opponents so the rest can see how better and taller our own candidate is. Why is that? Why do we need to bring the opponent down in order to raise the one that we have chosen? Why can’t we simply line them up together on equal and level footing, and argue our case based on what really counts for the position being aspired for? Like my candidate is taller and thus can reach the heights that the aspired position are required to reach. Or that my candidate is stronger and has more fortitude to take on the many challenges that the office will be faced with? And of course, that his slated programs and plan of action are much better than the other.

While we may publicly protest that we do have good regard for our opponents, our actions belie that, or we send our surrogates to do the dirty work for us keeping us ostensibly clean and blameless. But we know deep down that we have been tainted and dirtied. Still we continue to do our slanted ways every time.

I am reminded of a now dead politician from the old homeland, who many say personified the culture’s virtue of “delicadeza”. The literal translation of this Spanish term would be gentleness, tact, diplomacy, hyper-sensitivity, and even softness. But in the local context in that milieu it meant more and took on a more profound ethical characteristic.

But which for that honorable politician’s adamant and stubborn adherence to this virtue lost for him a presidency that was almost handed to him in a silver platter, given the prevailing circumstances then. And the irony of it all is that because he had delicadeza and lost his bid, it ushered in the most repressive and repugnant regime under a democracy in that part of the world.

Almost like poetic justice, but more like punishment for an entire country which allowed through its collective apathy the initial travesty that resulted in that politico’s undeserved loss.

Remember also that when we say that our candidate is better, that word is the comparative degree of good, not bad.
Posted by Amadeo at 9/29/2008 11:11:00 AM No comments: