A Not So Super Tuesday 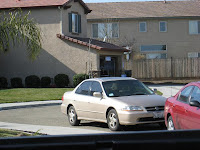 Today was a day at the polling place. And as has been touted by media incessantly for the last months, today was supposed to be Super Tuesday. The day that will determine the rise and fall of the remaining presidential candidates. Or maybe not. A day when over 20 states in unison hold their presidential primaries. Many eyes will be on California, a very populous state where a hefty number of delegates are up for grabs to the different candidates still on the hunt.

An early sunny winter morning ushered in this Tuesday, a good harbinger for those bent on fulfilling a crucial civic duty – voting for the presidential candidates plus a round of propositions placed on the ballot. Being a registered Independent, I am entitled to vote also on the candidates of one of two parties that allowed unaffiliated voters to participate in their primaries. The two parties allowing this are the Democrat Party and the American Independent Party.

But the surfeit bordering on ennui of media coverage of the different multi-pronged campaigns leading to this somehow turned me out, so I decided that I would only vote on the seven (7) measures on the ballot. Four of them making a tight cluster since they all pertained to Native American gaming issues.

At past 11 a.m., I drove quietly to our assigned polling place. And this being the first time since our move from another county, I had to drive slowly so as not to miss our polling place, which is snugly nestled in a quite hidden cul-de-sac in one of the residential developments here in western Tracy. And so positioned inside a residential garage as to not easily be recognizable until within a distance of a few meters or so.

Anyway the warm sunny day was a good respite from the cold nights we have been experiencing, enough to make me park a little distance away and thus allow the little leisurely walk to the place. 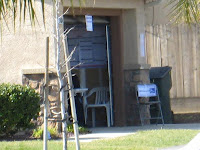 There were three voters ahead of me, and three polling officials to man the precinct. With marked sample ballot in hand, I was out of there in no time. A couple of minutes or so at the most. But tarried a bit in walking to the truck to see if more voters would be streaming in. Unfortunately, no more. The polling place was empty save for the people assigned. And I saw one precinct watcher leave in her vehicle, to lunch I had surmised.

It did not look like it was primary/election day. And driving to another section of Tracy to do some errands, the same observation prevailed. No signs of excited activity. I thought maybe later when people have gotten out of work that’s when most will attend to this important civic duty.

But for my purposes, it did not seem like Super Tuesday. More like any Tuesday except that the sun shone early, clearly a teasing invitation for people to go out and enjoy its warmth and glow.