After 140 miles for a total of 210 miles, I was finally done with the chore of acquiring dual citizenship. Yesterday, I took the last leg of the trek that allowed me to be both American and Filipino citizen. 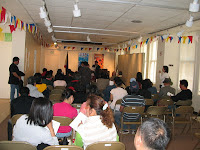 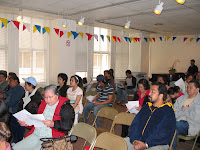 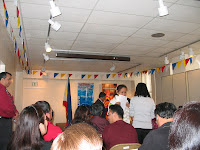 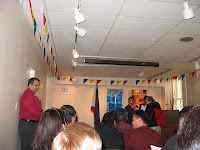 Performed in a social hall attended by over 30 FilAms eager to acquire back lost citizenship, the oath taking was initiated by a consulate official. A light amiable atmosphere enlivened the short proceedings, peppered by some questions from the soon-to-be Filipinos again regarding the ramifications of acquiring back citizenship.

Not lost in the little lecture obligingly given by a consulate official was this little known fact: Renewal of passports in the consulate is done in one day. Applied in the morning and received in the afternoon.

Oh, how many wished transacting with government offices in the old homeland were as efficient and expeditious.

Then it was over. And for our troubles, we received the following documents: A numbered Identification Certificate to be shown upon entry to any Philippine international airport, an Order of Approval signed by the consul general, and last but not least, a written testament of the Oath of Allegiance that we just took.

The last document sent a flash of fearful shivers down my spine, making one feel a little treasonous (or to put it mildly, maybe just a bit unfaithful) knowing that allegiance has already been promised to the adopted country, and which promised commitment has not been renounced.

These cumbersome fears have extracted a personal commitment to blog about the ramifications of maintaining dual or multiple citizenships. So till then.
Posted by Amadeo at 6/01/2007 10:56:00 AM 2 comments:

Email ThisBlogThis!Share to TwitterShare to FacebookShare to Pinterest
Labels: Citizenship

He wonderfully intrudes in our lives, most times on visits unannounced and barkingly noisy. 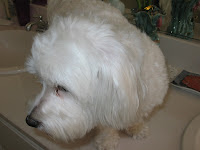 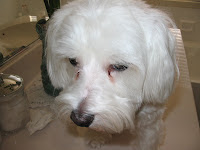 Then upon entry to the house, frenziedly races like crazy through the carpeted areas of the house, liked he owned the house. And worse, like the entire house was one labyrinthine dog track that he can practice on, weaving, zigzagging, and jumping through furniture, corners, and what have you. Fervently hoping that you catch on to his game.

But most times, this all-white hairy fur ball is quiet, still, and stays close to any human in the house, preferring to lie motionless close to the feet. Or if allowed, to sit on laps, always ready and available for the obligatory coddling and fondling. And yes, including tickling his underside. And he is known to jump into one end of your bed when it's time for you, including him, to go night-night. 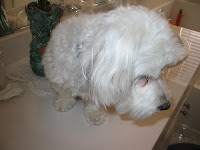 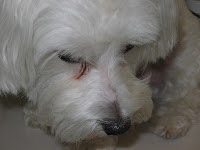 And his all-whiteness is interrupted only by the dark spots under his eyes, caused by dried tears. He is continually tearing and once dried, it discolors the fur underneath his eyes.

I know I have been told what kind of pedigreed dog he is.

But for us, he is simply the little Prince.

And yes, Prince is his real given name.

This breed is typically colored white, but cream, gray or apricot hairs can sometimes be found.

Prince may actually be a Maltese, which breed is related to the Bichon Frise. But Maltese are also called Bichon Maltaise. So there you go.
Posted by Amadeo at 6/01/2007 10:01:00 AM 4 comments:

Email ThisBlogThis!Share to TwitterShare to FacebookShare to Pinterest
Labels: Miscellany

If Walls Could Speak

It is often queried, what if walls could speak what would they reveal?

And yes, they do speak, and most oft-times most eloquently. Because as a species we are wont to profusely flesh out the many walls of our homes, and those of our lives. We adorn them with a myriad of disparate things, limited only by our boundless imagination and the abysmal depths of our interests and idiosyncrasies.

So what do your walls speak to you, and those who chance upon them?

I looked around and some of my walls appear to speak of the following: 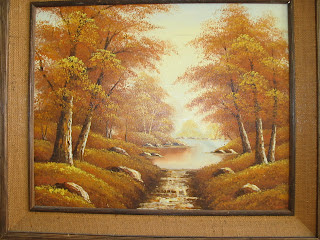 It speaks of a longed-for quiet brook, which with its entire landscape is mono-colored by the fading orangish light of twilight or dusk. 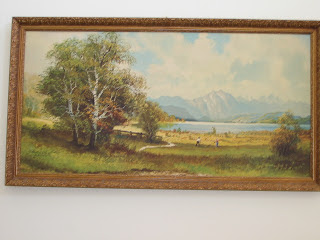 It also harkens of the majestic outdoors splashed into our consciousness by the blunt light of our day sun. 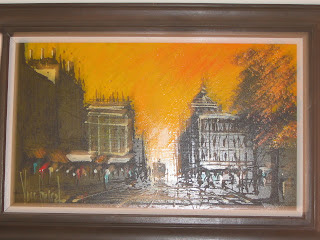 It tutors that even in the clutter of city life, solitude and serenity can be had under the fading shadows cast by a dying sun. 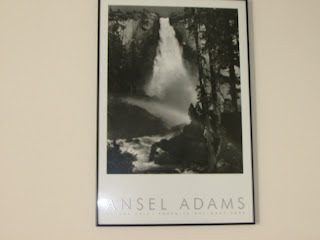 And it also forcefully shouts and cautions of the unleashed forces of nature, here expressed in the white-heat color of a cascading waterfalls.