A Face Of The Filipino Diaspora

In the least likely, though unavoidably accessible, medium, one can actually get a good glimpse of the ever growing Filipino Diaspora. While on vacation home and enjoying and taking things lightly. For engaging in such things is inextricably Filipino. Too eager to leave the old homeland, but cannot stay out long enough without taking a vacation back to “home”. An outbound trip short enough and a return visit frequently enough to be able to safeguard all of one’s Filipino-ness – in speech, closeness to extended families , acquired taste for local cuisine, and all the other good stuff central to being Filipino.

The Filipinos have been streaming out, both steaming and flying out, of their country in large numbers for many years now, sufficiently enough to now count the outsiders as maybe over 10% of the total population of the country. And with obvious though tacit government blessings and prodding, large expectant numbers wait in the wings to continue to feed the exodus to any and all places where work opportunities are available, and/or where they are allowed to go, either as contract workers or migrants. And many even feeling deaf to the second option. Thus war-torn countries like Iraq and Lebanon, destinations where the government frowns on their citizens going, count a considerable number of Filipinos working among their populations.

And yet while the numbers of ex-pats continue to burgeon, other Filipinos and the rest of the globe are quite in the dark at composing a good picture of who these people are, beyond just trickling numbers being added to a total. The local government itself, maybe reticent or embarrassed enough to extol or admit this mass exodus of its own citizens, is quite content to limit its exposure in the effort by limiting its participation to lip service, calling them the new “heroes” of the republic. Coupled with the not too subtle reminder to them to keep the flow of their precious earned dollars back to their left-behind loved ones, since inward remittances now amount to about 10% of total GNP. A nice enough boon to help keep a fledgling or floundering economy afloat and capitally infused.

So where can one catch a glimpse of those transplanted Filipinos, or as they are called, OFWs (Overseas Filipino Workers)? 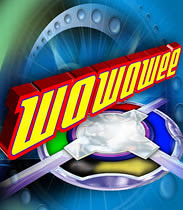 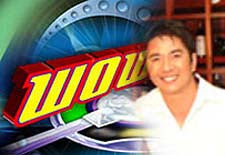 On one of two cable channels owned and operated by Filipinos, but beamed to many corners of the globe, especially where outbound Filipinos may find themselves lumped in considerable numbers. The two channels are The Filipino Channel (or TFC) and the newcomer, GMA, which in the US, for a little over $20 per month, can be added to a subscribers’ viewing pleasure. Yes, $20 or 1000 pesos which is about a third of what many unskilled workers in the Philippines gross each month.

It is indescribably simple as to make futile my many attempt to try and categorize it, especially amidst the almost screechy hysterical and ear-splitting cacophony of dialogue delivered by its hosts and participants, giving it characteristically the quality of being almost one big shout and scream session from beginning to end. But it does effectively deliver its message or messages to its intended audiences – global Filipinos scattered throughout the four winds.

But as an integral anchor to what I perceive is the program’s overall purpose and presentation is the use of visiting Filipinos working or living abroad, enjoying a vacation or trip to the old homeland. Using them both as audience participants and benefactors. Thus, visibly arrayed and prominently ensconced on the front tiers of a huge studio set that resembles somewhat the physical format of the ubiquitous cockpits in the country, are maybe a hundred or two of these beaming and excited visitor Filipinos, interspersed with ethnically different companions, and aptly described as TFC subscribers, thus non-local Filipinos subscribing to the channel’s outlets abroad. Complete with the flashing and waving of dollar bills in their hands, though not to bet on a cockfight but as a visible signal of their generosity and good-heartedness.

For these dollar bills will be collected by the different hosts and used as additional prizes to the different contests common in most game shows; but for this show, the main participants are picked from among the lowliest and most destitute among the metropolitan citizenry - Unemployeds, tricycle drivers, itinerant vendors, and from numerous dispossessed groups which abound in a country known for its decidedly pervasive poverty-stricken population.

But looking past the initial patent display by the fortunate Filipinos from abroad of their new-found prosperity but now somehow translated as their show of generosity, the overall mood of both live audience and TV viewers appears to be that some good is being done for these poor selected people. Some kind of unsanctioned redistribution of resources from those who have and those who do not have. And the many prizes shouldered by the programs’ sponsors are by no means puny or cheap, especially taken into account the general penury of the participants. Thus, at the end of each show, all parties appear justified and satisfied, all the better relieved of any insipient guilt feelings and without diminishing any personal worldly pleasures.

A fresh batch of these ex-pats are hauled in daily, coming from an almost unflagging number of new arrivals, cavalcaded and highlighted at times to the point of ennui by the different hosts planted in the different places where these prospered Filipinos may be seated or standing, shouting, waving their dollar bills, and intoning on mike a ceaseless litany of names of loved ones left behind in the old country or in their now adopted countries.

In this continually unfolding vista then a regular follower of the program, both local and foreign, can’t help but be witness to these “new” Filipinos, as they call out their new origins, names and places from all corners of the globe – Switzerland, Saudi Arabia, UAE, London, Belgium, Japan, etc., and of course, cities in the US, where invariably many are coming from. After all, at last count where over four million Filipinos are now either permanent residents, citizens, contract employees, or even undocumented aliens.

Over time, one cannot help but be able to form a rather decent picture of the typical Filipino in Diaspora, many of them now entwined with other cultures through intermarriages, and long residences in their new surroundings.

In closing, who can then say how in the coming future this group will look, feel, and maybe, regard the old country that gave them birth or from where their ancestors originated from?
Posted by Amadeo at 1/21/2007 10:21:00 AM 7 comments: