The Beheading Of John The Baptist 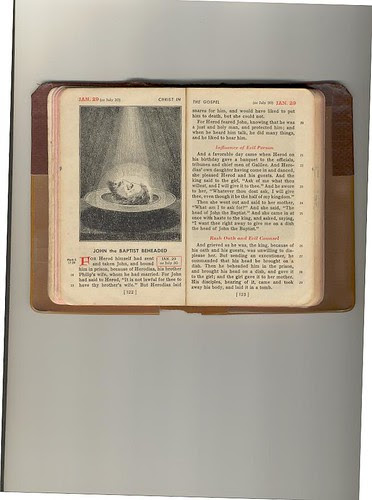 One of, if not the most, menacing ugliness in these current but protracted conflicts between Christians and Muslims has been to me personally the gruesomeness and senselessness of the graphic beheadings we have witnessed in media and elsewhere. To date I still cannot fathom or make sense of the need to behead one’s “enemies”. Especially in the deliberately brutal manner they are carried out, quite a departure from those old antiseptically-done procedures that do not faze polite society as much, such as those done through the French guillotines or even those executed by the Japanese Kempetai with their lethal samurai swords which were used in the Philippines during the last world war. Sudden, Swift and Clean.

My short term memory comes replete with recent images of the beheadings that I have allowed myself to consume and store internally. From the most current, of the two US soldiers in Iraq, to the one done by the Abu Sayyaf rebels to an American named Sembrano. From the one of Nick Berg, to another American worker, and yes, even that of Daniel Pearl. Throw in the other stories I have read about of Moslem rebels in Mindanao who beheaded captured soldiers, and adding insult to injury, cut their genitals and stuff them in their mouths.

Enough memories for any sane man to try to escape from these gruesome images, to a place of serenity, of profound mystical truths, of a place to celebrate man’s more noble ordination. A place such as Holy Scripture.

But lo and behold, I open up the recommended daily reading for July 30th in Christ In The Gospel, published by the Confraternity of the Precious Blood ( April 1949 edition), and I am brought to the sixth chapter of Mark’s Gospel, where he narrates the beheading of John the Baptist by King Herod.

Quite dispassionately, and almost nonchalantly, Mark describes the beheading thus:

And grieved as he was, the king, because of his oath and his guests, was unwilling to displease her. But sending an executioner, he commanded that his head be brought on a dish. Then he beheaded him in the prison, and brought his head on a dish, and gave it to the girl; and the girl gave it to her mother.

Mark does not say more about where the head went next, except to end that the disciples took John’s body and buried it in a tomb.

A little historical background may aid our understanding of this almost unnecessary beheading.

Though the Jews were under Roman rule during that time (Remember hand-washer Pontius Pilate? He represented Rome in that part of the empire.), King Herod ruled over the small Jewish state. He himself was not even considered a Jew, since his mother was of Arabian descent and his father was Idumean.

To his credit, Herod actually liked John the Baptist and found him interesting and intelligent. It was his current wife, Herodias, erstwhile wife of Herod’s brother, Philip, who disliked John because he had commented that their union was not lawful.

It was the dance of the virginal Salome, daughter of Herodias, that would seal the fate of John. History would label this, the dance of the seven veils. Seven? A reference to the 72 promised virgins in Allah’s heaven?

Impressed by her dancing, Herod promises Salome anything she wants. Salome asks mom. Mom asks for the head of John. And so be it!

John loses his head at the hands of a non-Jew king. 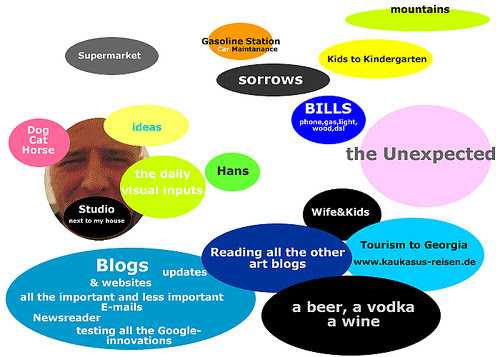 First observed how civility in public discourse in the blogosphere appears headed for the wayside, in Bloghopping: Uplifting or Unraveling?

And now, read who the first casualties may be:

James Joyner of OTB voices his concern and provides some details and recommendations:

Wizbang’s Paul has hung it up, I think for good this time, saying “It just ain’t fun anymore.” The last straw was a recent flamewar he got into with Ace but he’s been tired of the travails of blogging for quite some time. Coincidentally, his colleague, Jay Tea, is taking a hiatus having just helped a friend get through his father’s dying days.

My least favorite part of the “blog job,” though, is the incivility in comment threads and the occasional cross-blog flamewar. While OTB’s comment threads are quite civil compared to most blogs of comparable traffic, there are a handful of regulars who forget the number one rule of our site policies: “Remember that the people under discussion are human beings.” The follow-on — “Comments that contain personal attacks about the post author or other commenters will be deleted. Repeated violators will be banned. Challenge the ideas of those with whom you disagree, not their patriotism, decency, or integrity.” — is something that I’ve largely refrained from enforcing, since it’s a lot of work and I hate to alienate regular visitors. (Underescoring mine)

Professor Bainbridge agrees we should have civility:

Bruce of Gay Patriot agrees, too, and does more: (Immediately deletes the first comment for his blog entry)

Commenting and Trackbacks: Commenting and trackback/pingback capability is provided to encourage thoughtful discussion of the ideas posted on this site. We welcome open debate and viewpoints that differ from those of the post authors. That said, we wish to keep the conversation civil and the following policies, subject to change without notice, apply:

Remember that the people under discussion are human beings. Comments that contain personal attacks about the post author or other commenters will be deleted. Repeated violators will be banned. Challenge the ideas of those with whom you disagree, not their patriotism, decency, or integrity.

The use of profanity stronger than that normally permitted on network television is prohibited. A substantial number of people read this site from an office or in a family environment.

The several comments on James Joyner's blog entry appear in agreement that ad hominem or personal attacks have no place, even in comments; on the other hand, being too stringent may inhibit open discussions.

But bloghosts have to make this delicate and at times difficult choice:

"Just remember that by “making a few folks mad” you’re also making the majority of your readers and commenters much happier."