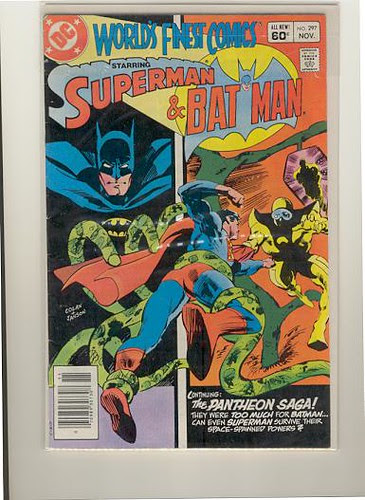 What better time to delve on this long-forgotten activity than these days, when our typical movie fare now comes replete with comic book super heroes portrayed on the big wide screen, on multi-million dollar budgets and stultifying special effects. Quite a far and distant cry from the 50-75 cents that we used to shell out for our favorite comic books, those gritty artwork and catchy dialogues incased in balloons were more than sufficient to transport us to the fabled land of fantasy and youthful escapism.

Of course, that was then to be expected and tolerated because after all we were kids and did not know any better.


Wrote about a rather crabby "affliction" that I had noticed here in the Bay Area, usually involving FilAms. Some instances have escalated into lengthy and embarrassing legal wrangling which can't be helped but to expose a somewhat uncomfortable trait in the underbelly of this very visible immigrant community

It deserves a second look, given that it is still very much in use and in vogue, as epitomized by this column of Atty. Rodel Rodis, involving two important cases:

IN A PAST column about the Northside Community Center in San Jose, I lamented the "crab mentality" of a group (led by the Center's former Assistant Executive Director) crusading to remove Ben Menor, the Center's executive director, by getting the San Jose City Council to withhold city funding for the Center.

The group, which perversely calls itself CRABS (Citizens Rebelling Against Bogus Spending), succeeded in getting the San Jose City Auditor to issue a report sharply critical of the Center's "misuse" of city funds for programs not properly authorized.

The Making Government Work Better Committee (MGWBC) of the San Jose City Council directed the City Auditor to monitor the activities of the Center and to "provide an updated cash flow and financial analysis to help assess the financial health" of the Center and its fiscal agency, the Filipino American Senior Opportunities Development Council (Fil-AM SODC).

In its October 17, 2005 update, the City Auditor reported that the Center's figures "will show a deficit of over $49,000" for the first quarter of 2005-06. The deficit may result in the group losing its city funding and the City Council transferring control of the Center to another group.

While Ben was attending to the "needs" of the auditors, I received a call on my cell phone from San Francisco Supervisor Chris Daly.

Supervisor Chris Daly, whom I had supported in previous election campaigns because of his past support for the Filipino community, called to explain why he moved to freeze $351,000 of city funds previously earmarked for the West Bay Pilipino Multi-Service Center. West Bay, which has been around since 1977, uses these funds for community after-school programs and for a lunch program for senior citizens to serve the Filipino community.

Concern about the Medicare scam involving Filipino seniors resulted in the formation of a Community Accountability Committee (CAC), led by Roy Recio, Joe Julian and Bill Sorro, which sought the removal of West Bay Executive Director Ed Jocson, as well as staffer Daisy Cruz. The group had gotten the San Francisco City Auditor to investigate West Bay's involvement in the Medicare scam and the City Auditor concluded that West Bay "failed to exercise due care" in subleasing their office space to the medical clinic.

An audit by the San Francisco Controller's office, however, found no evidence connecting West Bay to the Medicare fraud. The FBI also clarified that West Bay was not a focus of its investigation.

At a July 5 meeting with the West Bay Board of Directors led by Anita Sanchez and Sorhna Jordan, the CAC presented the West Board with a list of "non-negotiable demands" including the termination of Jocson and Cruz, the appointment of certain members of the CAC to the West Bay Board and a community needs assessment study.

Anita Sanchez explained that the Board could not just terminate Jocson and Cruz without due process otherwise the Board would be liable for a wrongful termination lawsuit. Supervisor Daly had assured Anita that "they won't sue" but Anita wanted to know from Daly if the City Attorney's Office would represent West Bay if sued and Daly could not make this commitment.

After September 30, the 12 employees of West Bay who were laid off by the freezing of the funds, applied for State Unemployment benefits. Dozens of Filipino parents, youth and senior citizens affected by the Daly-Ammianno freeze have expressed outrage at the power play that froze the funding of their programs.

When Daly heard of the proposed resolution, he called Mallare. "He wanted me to withdraw the resolution," Mallare said. Daly told her that he was only expressing concerns about how the "Committee" felt about West Bay. Mallare refused and steadfastly presented her resolution to the city commissions.

In any noticeable controversy involving Filams/Filipinos, the use of the term, crab mentality, is typically the default rationalization to explain away why the protagonists are all Filipinos, giving rise to the uneasy notion that FilAms/Filipinos must consider this social phenomenon uniquely Filipino. Thus, when FilAm A publicly criticizes FilAm B, it must be because of crab mentality. It has to be, there can't be any other reason why one ethnic Filipino would go after another Filipino.

However, upon closer scrutiny, aside from findings already aired in the initial blog entry, one continues to discover more elucidating information about this social behavior which clearly afflicts all societies on this earth.

Thus what is evident is that first of all, many would rather use the term, crab bucket mentality, rather than the shorter, crab mentality.

Also, many would tend to attribute popular usage of this term to the late Ayn Rand, Russian-American novelist, famous for the following works, Atlas Shrugged and Fountainhead. Read her very soulful and moving tribute article to Ms. Marilyn Monroe who died in 1962, which stands out more as a defining and apt portrayal of this rather ungodly and despised human trait.

A revealing characterization of our human nature, though deigned to be noble, but capable of sinking to lower depths.
Posted by Amadeo at 7/13/2006 12:32:00 PM 2 comments: