A Slice Of The Filipino Diaspora – Part II

Continuing on the initial piece on the Filipinos in diaspora here in the West Coast of the US, particularly in the San Francisco-Bay Area of northern California, here is another rich and revealing slice of how the Filipino away from origins continues to exhibit his Filipino-ness, all social and political pressures and nuances notwithstanding. 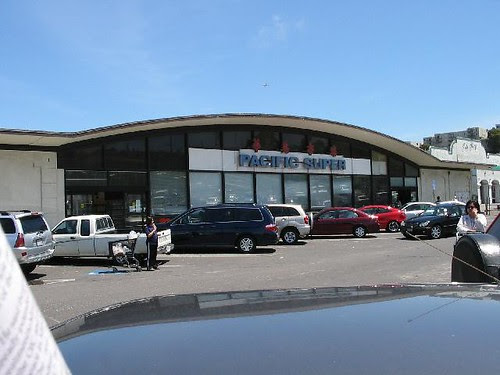 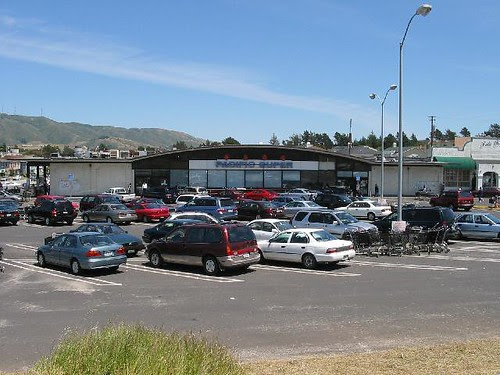 Pictured herewith is a place quite well known and frequented by our compatriots, when they shop for their food items. Located in the “newer” side of Daly City, the sector close to famed SerraMonte mall, and where the later houses in Daly City have been built – bigger and more expansive.

These pictures show the Pacific Super grocery store, euphemistically called an ethnic grocery store because it caters to ethnic minorities but in this particular instance more to the FilAms in their predominantly controlled area and city. Ironically, it is owned and operated by Chinese entrepreneurs, uncharacteristically employing Chinese nationals and Hispanics, but no FilAms. Another store location is on the other side of town, which is geographically still part of San Francisco, though patronage-wise, it also caters to the predominantly FilAm areas on that side of town.

Because food and its partaking is such an integral and basic part of one’s Filipino-ness, this grocery store which is located on a strip mall is always a busy beehive of activities by mostly FilAms with Lolo or Lola and little pre-school kids in tow, during most days of the week but most especially during Fridays and/or paydays. It is a place where pesky nostalgia about yearned-for food and food items of the old homeland can be set aside and satisfied, because many of the old familiar items can be found and purchased here. Pan de sal and pan de leche, and even pan de coco wrapped fresh in plastic and baked by FilAm bakers. Popular saltine crackers in tin cans, reminiscent of happy merienda time of the past. Various packets designed to add flavor and local touches to home-cooking menus such as dinuguan, kari-kari, tinola, etc. Fresh tropical fruits such as frying bananas, guavas, mangoes, etc. And what about rice, in its many varieties from as far away and exotic as Thailand and Burma, and as close as the lush farmlands of California with its famous CalRose brand.

And most other necessary items found in a typical Filipino meal setting, though not necessarily imported from the old homeland, since the other Asian neighbors have also gotten wise to this heating lucrative market. Lucrative, because comparatively speaking, many items here, not necessarily imported, sell for far more than comparable items in other grocery stores. For example, a loaf of American bread may have been baked and may weigh similarly to a package of pan de sal, but price-wise, the pan de sal may cost twice as much. 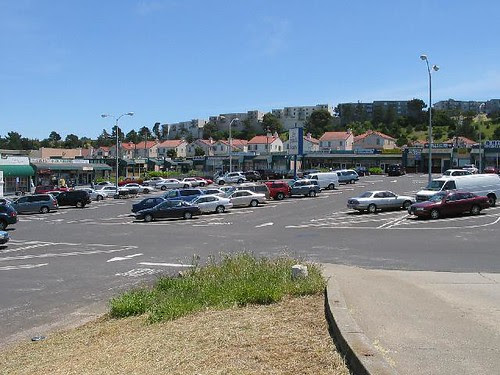 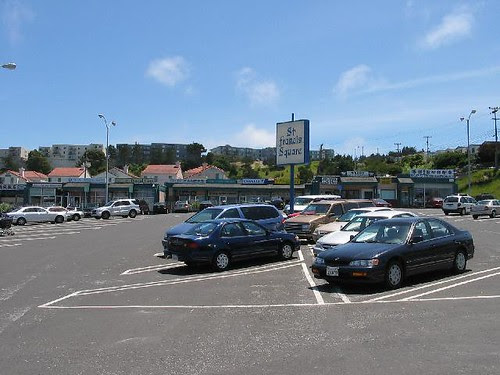 The entire strip mall itself has been abundantly Filipinized. Named St Francis Square, many business tenants are FilAms and I was told when we first chanced upon this mall in the 80’s that the owner of the mall was the late Antonio Villegas, noted former mayor of Manila.

In the pictures, notice Kadoks selling what else, lechon, and other usual short orders. There is a freight forwarding office named Johnny Air. There is even an RCBC office engaged in money remittances and allied services. And next door to Pacific Super is the now homely-looking Tito Rey of the Islands, which used to be the Filipino restaurant and club to go to be noticed by your fun loving away from home compatriots. And where visiting “stars and celebrities” had as their venue of choice for enticing local FilAms to part with their hard-earned dollars to witness them perform, or just simply to see them live and in person. And there are also a number of FilAm mom-and-pop operations behind the front façade and parking lot of the mall.

Notice also on the surrounding hills the confining clusters of both new and not-so-old residential buildings erected close to each other, mute testimony to the scarcity and dearth of land in this part of the land-strapped San Francisco peninsula. You bet most of those houses on higher elevation are owned by our FilAm compatriots.
Posted by Amadeo at 6/06/2006 01:38:00 PM 4 comments: