In The Forefront: The US Illegal Alien Problem 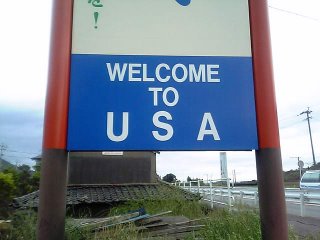 2006 promises to be the year when the US illegal alien problem will be decided by the US Congress.

The House has already passed a version of it. But expect for more hotly contested deliberations in the Senate.

Where should one stand on this issue? And this question is rather uniquely important to the first generation immigrants, or the new immigrants already embraced by the country as among its legal and lawful residents and/or citizens.

The war of words continues to be waged outside the halls of Congress.

To be fair and balanced, some commentaries on the points raised are offered:

Modern nations now have set boundaries and exercise sovereignty within those borders. And each nation has promulgated laws not only defining their borders but also laws defining who may be allowed to enter and become its citizens.

These are all accepted and respected internationally.

For to disregard these would be to invite chaos and anarchy.

How far do we go down history, or prehistory, to determine property rights of people or their freedom to be anywhere they like to be? Whether present territories were acquired legally, justly, or fairly is not anymore the issue. These accepted realities will have to stand. If the opposite were true, then clearly this country should be in the thick of a heated shouting match, or even war, with its southern neighbor who clearly at some point in the past used to occupy good portions of several states.

2. And indeed, they should not be called "illegal immigrants" because they are not immigrants, but not for the reasons advanced. Here's a clarification below from a paper prepared by George Weissinger of New York Institute of Technology:

By way of introduction, immigration law violators are not immigrants. They are aliens who are in the United States in violation of law. There is a profound difference between individuals who legally apply for admission and fulfill all the requirements for admission, and those who decide to enter the United States, or intentionally overstay their visa in violation of law. Labeling such violators as intending immigrants only confuses the issue and juxtaposing these two categories is specious logic. A few of the important differences include criminal and health backgrounds of intending entrants. A lawfully admitted alien must undergo health screening and will not be admitted if found to have a communicable disease. Similarly, certain criminal convictions exclude some aliens from admission into the United States as well. Of course, the smuggled alien, or one who enters without inspection, bypasses such rules and regulations.

3. Those who entered legally but are now here illegally because of reasons such as an expired visitor's visa, students violating the terms of their stay, etc., are not called undocumented aliens.

The use of the term undocumented is not a trivial oversight. Being undocumented implies several things. On the one hand, it implies that the suspect merely failed to obtain documents in some attempt to enter the U. S., or that the alien would otherwise be admissible if documented. An important difference in perception occurs when the label is applied.

4. Here is how an immigrant is defined:

5. And lastly, here are some very important facts about this problem:

The INS estimated that there were 7 million illegal aliens residing in the United States in January 2000. According to INS, 69% of this unauthorized immigrant population was from Mexico. (USINS, 2003) However, the top 15 sending countries accounted for 89% of the total illegal alien population and included Mexico, El Salvador, Guatemala, Colombia, Honduras, China, Ecuador, Dominican Republic, Philippines, Brazil, Haiti, India, Peru, Korea, and Canada. This means that a significant number of illegal aliens entered the United States through other than the Mexico-US border and that they fall under the jurisdiction of the investigations section (interior enforcement), not the Border Patrol.