The Coronavirus Pandemic Vs The Global Economy 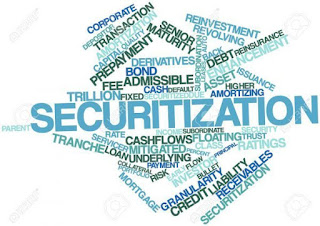 The crucial fight for life is not centered between the disease and civilization.  For no doubt it is a shoo-in, and the outcome is assured.  History has shown civilization always wins.  History pages are replete with virulent diseases that threatened to wipe out humanity, and they have never been successful.


But on another front, the eventual outcome may not be that assured.  What about the fight against the global economy?


First an irony, the case of the managed and government-controlled economy on one hand, and on the other hand, the mostly free capitalistic economies of the rest of the world.  We know the threat originated from the former, but the devastation and havoc have spilled over to all economies.  We do not like to think the worst that there was malfeasance involved in the spread of the threat.  But it lingers in the mind.


The global economy froze for a few seconds, before it started plunging on its downward trends.  Then comes wholesale business stoppage and laying off of entire workforces.  Before long, the crunched numbers show the unprecedented collapse of gains slowly and painfully garnered through the years.   And nobody even knows what the end game will be.


Then some quick and calm reckoning appears on the fore.


While not much thoughtful studies were expended on the business closures, what escaped in the equation was whether those businesses could even restart once the bigger problems are resolved or mitigated.


The answer could be short and straightforward, many of those businesses could never hope to reopen especially if stoppage is substantial or protracted enough.  These are the small business operations which account for the vast majorities in practically all economies.  They could never hope to be able to sustain such short-term losses.


And worse, because of what we have learned about the kind of capitalist model the entire world is now embroiled in.  Not the traditional concepts of capitalism studied in school but the one unwittingly exposed during the last global financial crisis that saw many big financial companies tumble into the dust of ignominy and oblivion.  Companies like too-big-to-fail Lehman Brothers.


In a simplified and uncomplicated way, what we learned is that most if not all economic activities are “securitized” and distributed to all parts of the globe via the financial intermediaries.  The case of the sub-prime loans was the most visible and catastrophic.  But was not the dilemma’s entirety.


What were “securitized” were not just familiar assets, but included even the profit expectations of all businesses, big and small.


The current strains the global economy is now laboring under may be too onerous for it to hold for long before it is projected to collapse.  There is no security blanket to speak about acting as the roof to protect, when the walls are the ones tumbling down.